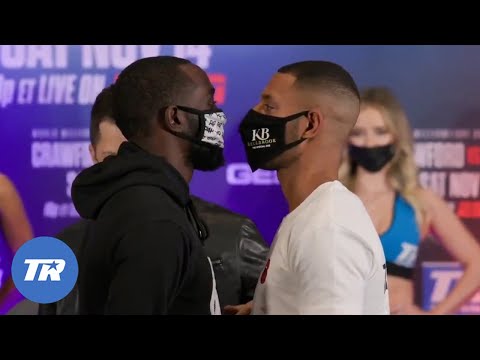 ESPN’s Number 1 P4P fighter, Terence “Bud” Crawford (36-0) set to face Britain’s Kell Brook (39-2) for the WBO welterweight title. Brook has only 2 losses on his resume and it was against Gennady “GGG” Golovkin and Errol Spence Jr. respectively. Crawford will come as a heavy favorite as he will be expected to win easily. Crawford’s best win was against Julius Indongo back in August of 2017. He unified the RING, WBC, WBO, WBA, and the IBF becoming the undisputed light-welterweight champion. One of the main critics for Crawford was when he moved up to welterweight because he never fought the elites. So in the eyes of most fans is that he doesn’t deserve to be #1 P4P.

Most fans wanna see Terence Crawford vs Errol Spence Jr. because they are at their prime and the top 2 of the division. Manny Pacquiao is also an option since he beat Keith Thurman and winning the WBA (Super) welterweight title. At this point, Manny is already proven to be a generational talent. Manny is rumored to face Mikey Garcia or Conor Mcgregor.

Stylistically, the fight is a bit mismatch, since I think Crawford is on a different level right now. He has a style that he can switch orthodox or southpaw. He is hard to read and has all the boxing fundamentals better compared to Brook. The British boxer is just a shadow of his prime. His best win was against Shawn Porter, winning the IBF title. In this sport, when a fighter gets a taste of their first loss, it affects them tremendously. It might be the fighter gets better or worse.  Canelo is a prime example that shows to get better after losing to Mayweather.

Crawford still has flaws in his game in which Brook may have a chance to exploit. Crawford sometimes gets cocky in his fight resulting in getting clipped, or sometimes switching stances is a double-edged sword which might put him at an advantage or disadvantage. Brook also has a size advantage since he was a middleweight champion so can still out-body Crawford.

It is also worth noting that Crawford’s Top Rank contract is coming to an end. He will become a free agent, it is unknown if he will renew or move to another promoter. Some fans say the reason Crawford doesn’t get the fight that the fan wants was mainly due to Bob Arum. Crawford also has shown indications that he might change promoters. Promoters are afraid to risk their top star’s undefeated record so they give them highly winnable fights. UFC has the best system in terms of matchmaking, they always make sure the best fighters fight each other.

If Crawford wins, fans will need to tune in on who he will fight, will it be Spence Jr or Pacquiao. I think fans want to see Crawford vs Spence as soon as possible because both are in their prime. People don’t want to see what happened to Mayweather vs Pacquiao fight where it was a few years too late before it happened.  If Crawford signs with PBC, it is highly likely that Crawford will get top fights that the fans want to see.

ISSUES on the DEAL for the Canelo vs Plant

Ryan Garcia and Tank Davis go back and forth in front...

WATCH: Urijah Faber Reacts to Car Driving Over His Foot