One of the most ruthless boxers of all time is returning to the ring for the last time. Iron Mike Tyson last professional fight was last June of 2005 and it was against Kevin McBride. He will then get back at the ring against Roy Jones Jr on November 28, 2020. 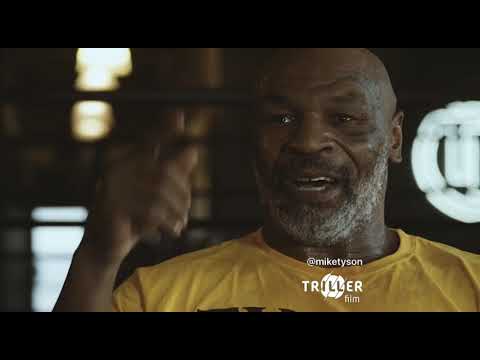 Some fans believe when Tyson was in his prime, he couldn’t be beaten. Most of his fights end in a knockout. He is the youngest heavyweight champion at 20 years old to this date. He was a prodigy. Heavyweight champions are always regarded as the “baddest man on the planet”. Most boxers feared him, there was even one boxer who lost before even getting in the ring. He was so intimidated by Tyson that his fear got the best of him. Most boxing legends like Mayweather, De La Hoya, and others were even saying they are gonna tune in. All boxing fans are excited for Mike to return.

His opponent, Roy Jones Jr. is arguably the top P4P boxer of all time. In his prime, he was number 1 and the number 2 was far from him in terms of skill and dominance. He won titles from Middleweight until Heavyweight. He relies on his quickness and athleticism. He is so unorthodox in his style but he is so fast that he gets away with it. His lightning left hook is his signature move that knocks people out. He was levels above everyone that he beat most of them were in their own prime. Like Tyson, most young boxers look up to Roy Jones Jr.

The matchup is unknown since we don’t know what Mike Tyson will show up. He is 54 years old, past his prime, don’t expect a long technical fight. Although he has shown training footage it is too limited that we won’t know for sure. Roy Jones Jr has been more active than Tyson that his last fight just last 2018. Even though Jones Jr right now is not even half of how good he was in his prime, ring activity could help him in the fight. Size advantage would have to go to Tyson since he is a natural heavyweight. Roy Jones Jr’s style might not be as explosive as before since father time has caught up with him but it is still effective. My prediction is that Tyson wins by KO early or if it goes past 2 rounds Jones wins.

Mike Tyson has been on the highest and lowest point in his life. He has been to prison for crimes. The downfall started when his trainer Cus D Amato died. He was like a father to Tyson. He even thought Tyson his signature style which was the peek-a-boo style. He was even screwed over by his then promoter Don King. It goes to show that he was a true champion, by getting back up every time he went down. Mike Tyson is now having his best life.

The Main Card itself is worth the watch, it features famous YouTuber Jake Paul against retired NBA player Nate Robinson. Paul is coming in as a favorite due to his experience in fighting while Robinson is just making his professional debut. Most casual fans and even non-boxing fans will watch due to Paul being a draw. It also features Badou Jack vs Blake McKernan and Viddal Riley vs Rashad Coulter. Tune in on November 28, it will be held at Staples Center, Los Angeles, California.

ISSUES on the DEAL for the Canelo...