Oscar De La Hoya thinks a Conor McGregor vs. Floyd Mayweather bout could ruin the sport of boxing. The 44-year wrote a letter to boxing fans recently, essentially asking them to not purchase the bout on PPV.

The potential bout between Floyd and Conor has many boxing purists upset. Any bout that is more spectacle than sport tends to do that, and this bout is pretty much all spectacle. Conor is not a boxer, and Floyd is now in his 40s. De La Hoya has referred to the bout as a “money grab”, which is hard to deny, though it’s not clear that anyone is.

On May 25th, the CEO of Golden Boy Promotions, wrote a long and rambling letter to boxing fans in which he said that Conor vs. Floyd could spell doom for the sport of boxing.

De La Hoya believes that boxing took a hit in the public eye when Floyd vs. Pacquiao didn’t deliver, and a Conor vs. Floyd bout could do even greater damage.

But if you thought Mayweather/Pacquiao was a black eye for our sport – a matchup between two of the best pound-for-pound fighters that simply didn’t deliver — just wait until the best boxer of a generation dismantles someone who has never boxed competitively at any level – amateur or professional.

The former lightweight and welterweight champion continued to say that neither Floyd nor Conor care about boxing, they only care about money.

Floyd’s and Conor’s motivation is clear. It’s money. In fact, they don’t even pretend it’s not. But it’s also a lack of consequences for when the fight ends up being the disaster that is predicted. After this fight, neither of them will need us anymore. Floyd will go back to retirement — presumably for good this time with another nine-figure paycheck — and Conor will go back to the UFC.

Dana White Responds, Says De La Hoya “Is Out Of His Mind” 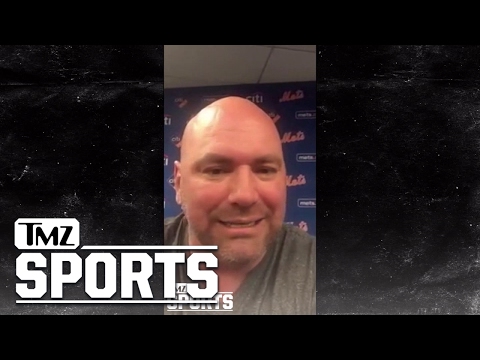 White responded most directly to De La Hoya’s claims that the actual fight between Conor and Floyd would be a disaster. Despite admitting that the press conference for the bout would most likely be more entertaining than the fights itself, White was insistent that nobody can predict how such a fight will go.

“When two people get in there, with the punching power of a Conor McGregor and the fighting style of a Floyd Mayweather, who knows what the hell is going to happen? You never know what’s going to happen. Am I saying this going to be the greatest fight in the history of the world? Hell no, I have no idea”

There is still a long road to this fight becoming a reality. While both sides have reported they believe a deal will get done, the public has been hearing as much for some time now.

Darren - Sep 20, 2019 0
The Notorious is definitely coming back... So says UFC President Dana White... Say what you like about Conor McGregor, but the UFC is a more...

Five Fighters Who Got Fired For Drug Use

Conor McGregor Confirms 2018 Return But Maybe Not With The UFC