What was once fantasy will become reality on August 26th…

After what seemed to be endless delays and deadlines passed, Conor McGregor vs. Floyd Mayweather has been officially scheduled. In the end, there was just too much money potentially left on the table for this bout not to take place.

With many believing that Conor will simply be out-classed, questions exist regarding how smart a move this is for the UFC. While the promotion and Conor have worked out a financial arrangement, the concern is that Conor may choose to take his money and retire afterwards, leaving the UFC without their golden goose.

According to White, Conor plans on fighting again in 2017 after his bout with Floyd. How Conor will feel about fighting for UFC money after making a possible 6-figures facing Floyd remains to be seen however.

Earlier today Dana White held a press conference to answer the many questions everyone has on the upcoming super-fight.

The L.A Times started the question period by asking Dana if the UFC will be hurt if Conor loses?

Dana has stated that based on his conversations with him, he feels Conor 100% believes he will beat Floyd. Questions regarding Conor’s willingness to take such large challenges were posed to Dana:

“When you’re a true fight fan, you don’t mind hearing about the money and all that other stuff so long as it’s a guy who loves to fight and he’s willing to challenge himself against anybody out there. Fights fall out, I’ve got all these different situations over the last several years where a fight falls out. And we’ve got these guys who are supposed to be the biggest, baddest guys in the world. They claim they’re the best in the world or they’re the world champion or whatever it may be. They’re not willing to step up and take a late minute replacement. And when you’re a fan, you bought tickets, you got your hotel booked, you got a party planned on Saturday night.

When your guy steps up and fights anybody and then wins, that’s the stuff that everybody loves. And that’s the way Conor is. Conor told me this morning the McGregor clan has been taking over villages for 300 years, and Floyd’s village is next.”

According to Dana, Mayweather didn’t bat an eyelash at signing up to USADA’s drug-testing program.

Dana had this to say regarding that aspect of their negotiations:

“So much respect for Floyd Mayweather cuz let me tell you, in the negotiations when we were talking about it, I said Conor is right now in the USADA program and is being drug tested right now. As soon as the deal is done we want – and they said absolutely. Didn’t even flinch about drug testing. So much respect to Floyd on that.”

Dana, Showtime executives, and Leonard Ellerbe from Mayweather Promotions were all on the call. They answer questions regarding the negotiations, concerns Conor could cheat during the bout, and the undercard.

Skip to 30min mark in the video below: 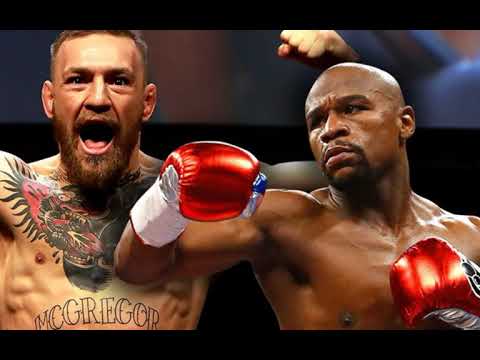 Salvador Sanchez - Jan 3, 2017 0
Watching Ronda Rousey's performance at UFC 207 was tough. Even critics of Rousey would agree, seeing Amanda Nunes destroy her like that was gruesome....

Watch: Early Contender for Boxing KO of the Year

Home Gym Packages – What to buy to start training at...