The news that Floyd Mayweather and Conor McGregor will clash on August 26 emerged this week. After months, years of speculation, the fight that was never meant to happen was finally made official.

Considering the fact they compete in entirely different sports, the fruition of this matchmaking quandary is truly astonishing. Unfortunately not everyone is sold on the idea, in fact Mayweather vs. McGregor has created quite a divide.

Even McGregor fans admit that boxing Mayweather is a huge task. Some even give McGregor a ‘punchers chance,’ but little more. Thoughts from the Mayweather camp have now emerged:

Jeff Mayweather spoke up about his nephew’s scheduled Vegas bout against ‘The Notorious’ this week. During an interview posted on the official Mayweather Youtube channel, the boxing champions long time coach had the following to say:

“Boxing is something completely different. How many MMA guys out there, realistically, can even fight. Floyd has beaten over 20 world champions, guys who have made their careers as a boxer. Not guys who are a (expletive) kickboxer or an MMA guys.This is strictly boxing,” Mayweather said.

Dr. Teddy Atlas, one of the most respected boxing coaches and analysts in the game had his say on the fight. According to Atlas, McGregor is no more than a ‘c class’ boxer compared to Floyd Mayweather:

“At the end of the day, myself, most boxing people that have been around the business think it’s a caveman in there with a defensive genius,” Atlas said. “And usually cavemen don’t win those matches, because in this case they’re not allowed to bring a club. Even if he brought a club, you know what? There would be a lot of strikes. I don’t think that he’d be catching Floyd too easily with that.”

“You got a guy, that yeah he’s a good striker,” Atlas added. “He might be one of the better strikers in the MMA world, I don’t know. I don’t rate him that way. But in the boxing world, he’s a ‘C’ class fighter. And I’m not knocking him. Because if it’s MMA rules he wins. Because he comes in low, he gets under his legs, he gets him on the ground, he ground and pounds, he grapples and Floyd’s got no chance. But strictly standing, you know Marquess of Queensberry Rules? Nuh uh. Not happening.”

Needless to say Atlas and Mayweather’s uncle are far from the only ones picking Floyd in this fight. Odds makers in Las Vegas were quick to make McGregor a 7-1 underdog, posing an interesting question.

Is this the biggest mismatch in combat sports history, at least on paper? 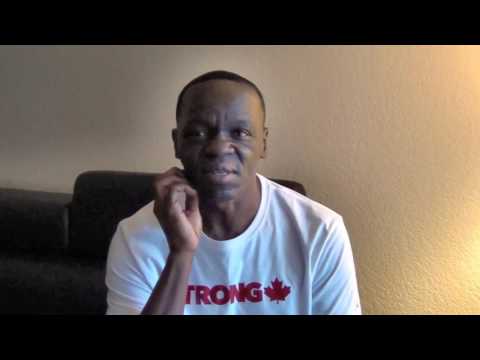 Team Khabib: “Give Us $50 Million for Next Fight”

Darren - Nov 1, 2018 0
Khabib Nurmagamedov's Team Have Demanded a Massive Raise After Claiming That the Russian Has Replaced Conor McGregor as the Biggest Star in Mixed Martial...

WATCH: Featherweight Gets Soul Slammed Out Of Him