Another public incident involving Conor McGregor, but this time with a famous rapper, Machine Gun Kelly. This is certainly not the first time that McGregor has been involved with fighting non-professional fights in public areas.

Some reports are saying that the reason McGregor got angry was that the rapper denied McGregor of taking a picture with him. Now, this is not the official story yet as for McGregor he has a different side of the story.

Conor McGregor out here trying to fight Machine gun Kelly after he denied to take a picture with him 🤣🤣🤣🤣🤣😭😭😭😭😭 #VMAs #ConorMcGregor #MGK pic.twitter.com/qXnfvCHWCa

As for McGregor, he said that nothing happened which is certainly not the case. Something happened, but the question what started the brawl? McGregor added that he doesn’t even know who Machine Gun Kelly is in the first place and that he only knows the rapper is with Megan Fox. 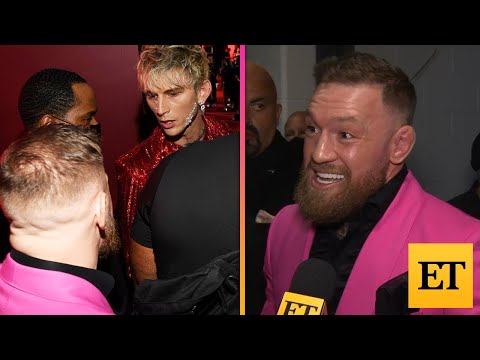 It is certainly not a good image for Conor McGregor as he has had numerous bad altercations in the past. Even Daniel Cormier has said that McGregor needs help, from punching an old man, destroying a fan’s mobile phone, throwing the dolly-bus incident. These are not a mark of a professional MMA fighter, who happens to be the biggest star in UFC history as well.