Changing landscapes have become a familiar occurrence in the UFC. Although operating for some 25 years, the promotion and the sport of MMA are still young. Having only hit the mainstream in the last 5-7 years, the UFC has seen massive alterations lately.

Standing at the forefront of the promotion’s growth during that period is Conor McGregor. Whether his haters agree or not, ‘The Notorious’ has brought in millions upon millions of eyeballs during his UFC tenure.

Currently the UFC lightweight champion, McGregor has been inactive in MMA since November 2016. When he won the lightweight belt by blitzing Eddie Alvarez, ‘The Notorious’ cemented himself as the biggest star in MMA history, let alone the UFC.

Now his dance with Floyd Mayweather is done, McGregor has vowed to never compete in the octagon again unless he is made part UFC owner.

Knowing he is a massive draw, essentially all the UFC has in terms of PPV sales, ‘The Notorious’ laid out his demands this week:

“I was promoter on the Mayweather fight, and we’re in current negotiations. I ain’t stepping in that octagon again unless I’m part owner of the whole setup. I’m a promoter,” he said at a Q&A last night (Via MMAJunkie).”

Those were some hefty demands considering the current state of affairs in the UFC. When ESPN caught up with UFC president Dana White after last night’s UFC 217 weigh-ins, he shot these demands down: 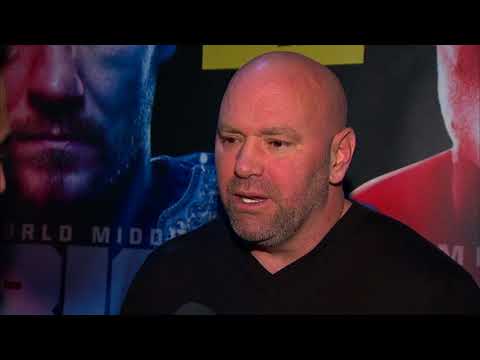 “Listen, we are not looking for any co-promoters in the UFC right now, but we’ve always got a done deal with Conor. You know what I mean? And you can say what you want about Conor, but he deserves the money.”

“If anyone deserves the money it’s Conor, the kid will literally fight anyone, anytime.”

So bottom line, McGregor says he will not fight again unless he gets a piece of the UFC pie, and the UFC is flat out saying he won’t get it.

Here’s what happened the last time the UFC and McGregor had a spat:

I have decided to retire young.
Thanks for the cheese.
Catch ya's later.

That was back in 2016 when the UFC pulled McGregor from the UFC 200 fight card for missing a press conference. That was followed with mayhem when Jon Jones was pulled from the main event due to a USADA bust.

Then, when the promotion stripped McGregor of the featherweight title, that main event fell apart when Anthony Pettis missed weight for the interim 145 strap. Are we in for more chaos here?

Should McGregor stick to his guns, will the UFC really have any choice? They’ve spent so much money and time making McGregor a star, can they afford to have him sat absently for any longer?

One thing is for sure, nobody has come close to even a million PPV buys in 2017, let alone the record 1.6 million that McGregor-Diaz brought in.

Petr Yan and Cory Sandhagen put on a SHOW!

John - Nov 1, 2021 0
WHAT A FIGHT!! Both fighters showcased the highest level of striking in MMA and it gave the fans one of the best bantamweight fights...