‘Mighty Mouse’ might compete in the smallest men’s division for the UFC, but he is a big threat at 125 pounds. The undisputed, record-holding king of the flyweights just challenged Floyd Mayweather to a special rules fight…

Against Ray Borg at UFC 216, flyweight champion Demetrious Johnson set an incredible record. Slamming his foe to the ground and locking up a tight armbar, ‘Might Mouse’ broke the record previously owned by Anderson Silva for most consecutive title defenses at 11.

Johnson’s pedigree is unquestionable, but his popularity is far from the levels of many other well-known champions. As a result, Johnson has found himself butting heads with UFC president Dana White.

Since his latest victory, ‘Mighty Mouse’ has become very vocal. During one interview, Johnson even claimed he would fight in an openweight bout against Brock Lesnar. Perhaps sensing the benefit of becoming more visible to the media, Johnson has now issued a challenge to Floyd Mayweather.

While talking to TMZ Sports, transcript by MMAMania, Johnson offered Mayweather a handicap if he fights in the UFC:

“100 percent [I would win],” said Johnson. “Yeah, of course. You have the clinch, there’s kicks, there’s elbows, it’s mixed martial arts. I come from one of the great coaches – Matt Hume, Brad Kertson – and my skill set is well-rounded. 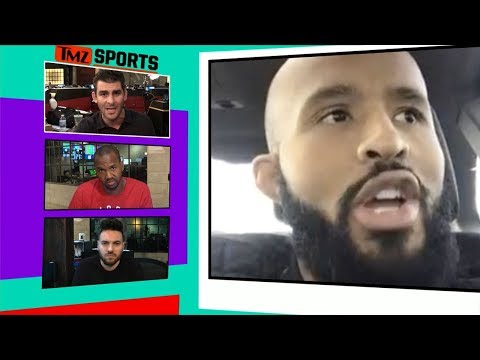 Having been linked to a massive contract offer from the UFC earlier this month, Mayweather quickly backed out of the alleged talks:

Maybe He Actually Looked Up The Rules…

“I’m saying what I could do to make a billion dollars quick, if I wanted to do that. That’s what I was saying. I never said I was gonna fight in the UFC. I didn’t say that, I said if I wanted to and what I could. Could and would do is different things. I’m not gonna do it, though.”

Breaking: Nick Diaz Coming Back to The UFC This Year

WATCH: Floyd Mayweather Linked to HUGE Comeback After This Video

How Important Is It to Have Good Number Instagram Followers for...