If Stipe Miocic wanted to retire from MMA, he could do so right now and still have accomplished more than he ever dreamed of in the sport.

When Miocic won the UFC Heavyweight title at UFC 198, he did so under truly difficult circumstances. Not only was he going up against a man that is starting to get mentioned as possibly the greatest heavyweight of all time, Fabricio Werdum, but he had to do so in Brazil.

An outdoor soccer stadium filled with 45,000 insane fans cheering Werdum on. Miocic walked into that environment a challenger, and walked away a champion.

The scenario was reversed at UFC 203, Stipe now in his hometown of Cleveland, with 20,000 insane Clevelanders cheering him on. Miocic defeated a top heavyweight in Alistair Overeem and proved to the world that he really is the baddest man on the planet.

So what’s left for him now? Here are 5 potential fights that Miocic could take next…

To some the next logical fight for Miocic is a rematch with former champion Fabricio Werdum.

Werdum tried to make his case at the post-fight press conference that he should be next in line for a shot at Miocic, based on the fact that he is ranked #1 in the rankings. The only problem is Dana White and the UFC don’t care about the rankings.

Dana White did not seem very impressed with Werdum’s performance against Browne at 203, and seemed very hesitant to say Werdum deserved another title shot.

Many feel that the next shot would go to either Velasquez or Werdum, and seeing as each of their last opponent’s was Travis Browne, and Cain looked much more impressive in his victory over Brown, that Cain will be the one to receive the next title shot. This will not sit well with Werdum, seeing as Werdum beat Cain for the title at UFC 188.

Werdum had a chance to prove he deserved a title shot at 203, but his performance seems to have come up a bit short. 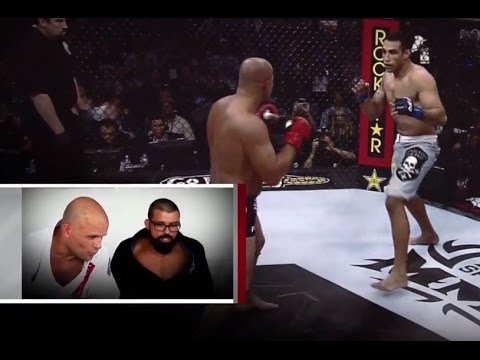 BREAKING: Floyd Mayweather Comes Out of Retirement For Conor McGregor

Ronaldo Souza has been released by the UFC