He’s one of the greatest UFC heavyweights of all time. Fabricio Werdum became champion in 2015 when he submitted Cain Velasquez by guillotine choke at UFC 188. He was the first fighter to convincingly beat Fedor Emelianenko and is also a two-time Brazilian Jiu-Jitsu world champion. Perhaps most impressively, he also bounced a boomerang off Colby Covington’s head.

Right now he’s a free agent after requesting that his contract be terminated following a defeat to Alexander Volkov last year. Werdum has fought for Strikeforce and PRIDE, as well as the UFC. He tested positive for trenbolone and faced a USADA ban.

Werdum has been keeping busy though. Currently, back in his adopted home of Torrance, California, the Brazilian fighter dramatically saved a teenage boy from drowning, after he got into difficulty at a beach. 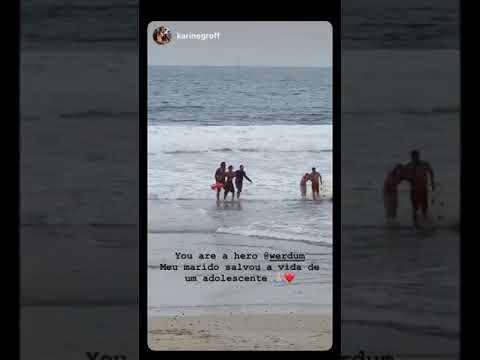 This is how the dramatic event went down. A pair of teenagers got into difficulty in the ocean and were unable to swim back to shore against the current. Barely able to keep their heads above water, the emergency services were swiftly called, including the fire brigade. Only one lifeguard was on duty. Werdum recognized that athleticism was required and he rushed into the water to provide assistance.

He was able to help the lifeguard and bring one of the two teenagers to safety, genuinely risking his own life in the process. The footage above was taken on his wife Karine’s phone. She rightfully calls him a hero. 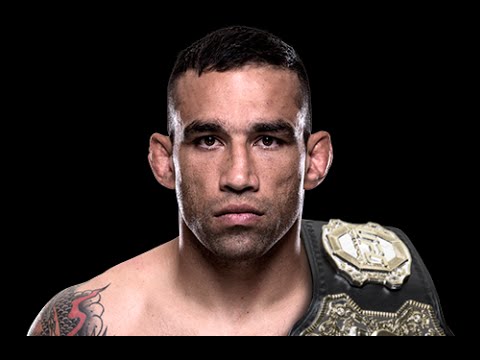 Werdum was interviewed about the event by a Brazilian news source called AgFight.com. The following transcription is translated from the original Portuguese and the legend explains what he was thinking when it all went down. He said:

“When we saw the fireman’s car, the car stopped in front of us. I said I was going to help, and Karine wasn’t sure, because it was dangerous. But when I looked, there were two tiny heads at sea yelling ‘help.’ They were very far, about 70 meters away. When the lifeguard grabbed the board by himself, I took off my coat and ran.

I took the orange floater, threw it across my chest, and I arrived with him, a little further ahead even. I told him to get the girl, who was screaming a lot, and I got the boy, who was already limp. I was able to get him, and we swam toward the beach… Then, at shore, an old man helped me. The waves were big. The girl sank about three times.”

Whether or not you like Werdum as an athlete you’ve got to give him for kudos for acting so selflessly. Many people would freeze at the moment and be unable to react. The former champion had the physical and psychological tools to be able to do what was needed at the time.

Darren - May 2, 2018 0
The Brothers Diaz are Moving Closer to Return Says Fellow Fighter and Teammate Jake Shields... The UFC badly needs Nick and Nate Diaz back as...

Team McGregor Drops MASSIVE Hint About His Next Fight

Guy Claims To Be Taekwondo Champ But It Doesn’t End Well...

Dustin Poirier gives green light with Chandler vs Oliveira for the...