Now you might say that Conor McGregor does not deserve to be in the title picture, and that would absolutely be a fair point to make. However, what is undeniable is that he is 100% still the biggest draw in the UFC. The Irishman is the only currently active fighter (we use the word ‘active’ loosely) to be a genuine global megastar.

That makes the latest news on his potential match-up with Donald Cerrone all the more confusing. Joe Rogan has revealed that talks have stalled because the UFC doesn’t want to put him in the main event in his fight. 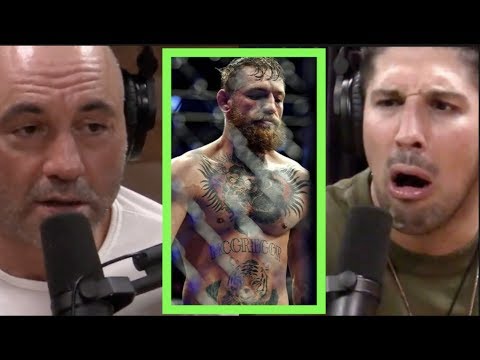 McGregor might be incredibly volatile and difficult to deal with, but he’s also the biggest pay-per-view draw on the roster. Why would you then put him in a co-main event slot, when that basically guarantees that you’re losing money? Joe Rogan said that this is exactly what the UFC is trying to do when he spoke to Brendan Schaub on a recent edition of his MMA podcast series.

“They were trying to do ‘Cowboy’ versus Conor and apparently the sticking point was that it was going to be a co-main event,” Rogan said. “I think the idea is that they have to have world titles as a main event for pay-per-view.”

Needless to say, ‘The Notorious’ is allegedly not interested. And if we’re honest, who can blame him? Less than two years ago he fought in front of the entire world against the legendary Floyd Mayweather, and now the UFC wants to relegate him to a co-main event. Good luck with that.

“I think he’s only interested in big fights, like things that excite him now, because he’s got so much money and so much success,” Rogan said. “It’s just one of those things. But the main event of UFC 202 was a non-title fight; Conor vs. Nate Diaz. The last one, the fact that it was a non-title fight (didn’t matter) because it was the biggest pay-per-view of all time.”

What a sequence!
One of the craziest fights ever.
Also the birth of McGregor FAST!
The rematch was voted the greatest fight in UFC history.
My last one was a small bit wild also haha
I love this game.
This is my 3rd level of income at this point.
I just do it because I love it. https://t.co/hSjAr3moE7

Even if they wanted to put him in the co-main event beneath a fight a young champion that they were trying to promote – let’s use Israel Adesanya as a hypothetical example – this would still be cutting off your nose to spite your face. McGregor guarantees 2 million pay-per-views as a headline act. Nobody else in the MMA world gets near that.

With his MMA future uncertain, the UFC should be getting down on their hands and knees to keep him involved for as long as possible. Milk that cash cow dry. When he’s gone, he’s not going to come back. The man is too rich to keep getting punched in the head until he’s 40. In a recent tweet, he referred to MMA as his third level of income.

Gentleman Jeff - Dec 9, 2016 0
The UFC did everything they could to ensure a title fight would happen at UFC 206, but ultimately they failed. Anthony Pettis missed weight...

Jorge Masvidal reveals Fight with Usman will be in September