Over the years we’ve seen Keanu Reeves go from a fresh faced young star of cult films like ‘Bill & Ted,’ to one of the most underrated action stars of the modern film era. Roles in movies like ‘The Matrix’ trilogy, ‘Speed,’ ‘Point Break’ and ’47 Ronin’ have displayed Reeves’ excellent ability to portray gritty characters.

In 2014, Reeves starred in the action flick ‘John Wick,’ playing an ex-assassin who is brought back in to the criminal underworld following the tragic loss of his wife. The movie was an instant hit with movie goers, mainly due to some wonderful fight scenes and Keanu’s bringing to life of Wick’s sorrow.

Fans of Keanu Reeves will remember his immersion in to the world of martial arts during the making of ‘The Matrix.’ Reeves became well versed in traditional styles such as Kung Fu, Muay Thai, Karate and Judo for the role of ‘Neo.’

Still, ever the committed method actor, Reeves is once again training in a realistic fashion for the highly anticipated ‘John Wick: Chapter Two.’ 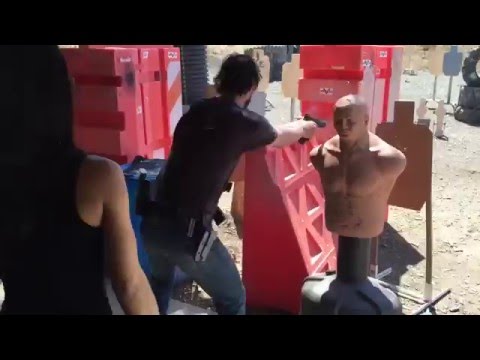 There’s more, as it’s not only firearm combat that Reeves has been training in, he also has been getting well prepared in Jiu Jitsu among other things. You can also watch the latest fil shoot for John Wick 2…

Darren - Dec 13, 2018 0
Now This Would be Immense... Former UFC Heavyweight Champion Cain Velasquez is Set to Take on Top Contender Francis Ngannou in a Battle of...