It seems that it was not so long ago that Chimaev announced his retirement due to health issues. Many fans were shocked with the post saying that he won’t be competing anymore as he has a massive star potential.

GOOD NEWS! Chimaev is super optimistic of smashing everyone in the division. He is now back from his original self, and is ready to compete once fully recovered. His health is still the top priority and should not take it for granted.

He posted in his Instagram account that he is giving a warning to all the potential opponent. Just to show how massive his fanbase is, he currently has 1.9M followers which is INSANE considering he only has three fights in the UFC and it was all done just last year. Chimaev certainly has that IT factor.

Chimaev was supposedly given an express lane to the title contention had he not cancelled his fight with Leon Edwards. He was not guaranteed a title fight right away, but a win over Edwards would skyrocket him to top 5 rankings in his fourth fight(just his second in the welterweight division).

Dana White simply took interest with Chimaev saying that he has the potential to be the next biggest star in UFC. With how flawless his victories are, who could question how talented he is but it is still not proven among the top 10 contenders. The hype is certainly there but it is in Chimaev’s hand whether to deliver or derail.

Although the Welterweight division is not an easy division to climb, it consists of big names like Covington, Edwards, Thompson and the current champion, Usman. It is certainly consists of great talented fighters but the Chechen fighter is up for the challenge.

As for his next opponent it is likely Neil Magny which might be better for Chimaev in the long run. Facing Edwards may be too risky for Chimaev given that he was unranked so it would have a huge step up in the challenge. Although had he won, it would give huge rewards as well.

Why Magny? Well, Chimaev seems to have called him out after the Edwards fight was cancelled. Magny has been calling out Chimaev during his rise but the UFC instead booked a fight with Edwards. 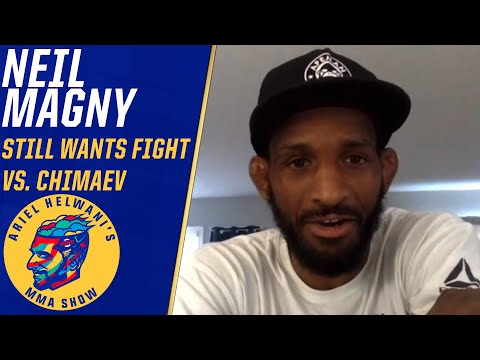 Neil Magny is a legit Welterweight veteran that can give problems to Chimaev as well. He is a much longer fighter that can use his range well so it would be interesting how Chimaev would approach the fight. Magny is currently ranked #9 among the welterweights.

Although there are other possible opponents as well, and the UFC has not officially announced anything yet so it could change. Chimaev targets July as his possible return.

Darren - Sep 23, 2018 0
The Most Dangerous Fighter in Combat Sports Has Just Hit Muay Thai King Buakaw With a Powerful Warning... This Could Get Ugly... He's one of...

Nate Diaz Trolls Conor McGregor, Wait Until You See This