Unfortunately, we haven’t been able to ignore this one. After his absolutely ridiculous ‘boxing’ match against fellow Youtuber Olajide Olatunji, better known as KSI, Logan Paul is back talking again. The American online star is pushing for a shot in the UFC and he seems to be serious about it. Well, he has more competitive experience than CM Punk did…

Paul and KSI fought out a draw in the Manchester Arena, Manchester, UK, last Saturday 25 of August. We didn’t watch it, we’re not going to pretend we watched it, and we never want to watch it. If you missed it, well good news: they’re going box again. Yes, that’s right, they’re set to treat their fans to the rematch no-one deserves.

It looks like Paul has set his eyes on higher things. He wants to have a go at fighting in the UFC. Seriously, he’s pushing for it and it could happen because this dude has a massive audience. Paul and KSI drew in millions of fans on Youtube and unofficial platforms like Twitch. Brendan Schaub believes the UFC could learn from these young men.

the thought of securing a fight in the @UFC is exciting… could finally use my wrestling background… but i hear some other celebrities/athletes want to catch these hands first? 😂

Paul is obviously trying to capitalize on the positive attention that he and KSI have just received. It’s a far cry from that outrageous video where he callously videoed suicide victims on camera. He tweeted:

“The thought of securing a fight in the UFC is exciting. I could finally use my wrestling background… but I hear some other celebrities/athletes want to catch these hands first?”

Right, let’s be clear. This is not going to happen. I genuinely would love it to. Paul weighed in at 188 against KSI. Hypothetically you’d expect him to cut down to 185. All I want for Christmas is Logan Paul v Yoel Romero. The thoughts of ‘The Soldier of God’ playing football with the Youtube star’s head is very entertaining. 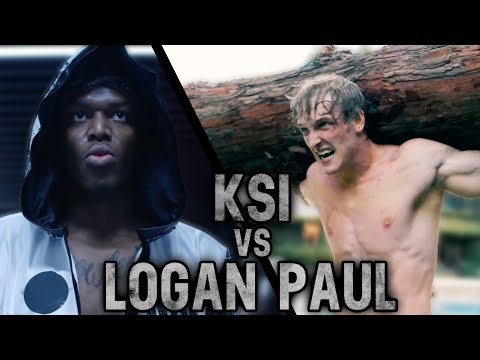 Paul will be happy to learn that at least one former UFC star is very impressed by what he has achieved. Brendan Schaub believes that the Youtube star could teach the world’s biggest MMA promotion a few lessons in marketing. He said:

“When everyone goes, ‘Being a promoter is so difficult.’ Really? These kids have zero background! They both decided, ‘Hey, we both have a following,’ and they did it all their own. I’m sure they lined up with some help to acquire the arena and get the ticket sales and all that, but for the most part two famous guys showed you how easy it is to promote and sell a fight.”

“It is not rocket science. No one is skilled at doing this,” he continued. “We give way too much respect to these promoters. They are not that skilled. It’s very obvious who should be fighting, what fight to make, how to build a fight.”

There’s one obvious problem with what Schaub is saying: both of these men have massive online followings already. It’s not as easy to promote somebody when they don’t have a fanbase and nobody knows who they are. Of course, the Youtube model has been effectively used by ONE Championship in Asia, so there are different ways of promotion.

Also while the Paul v KSI was officially being sold on Youtube for $10, a stream on Twitch drew over three times the viewership for free. That cost the two men a lot of money. There’s no easy way to promote and be hugely successful in this age of online piracy.

Live-streaming could offer another alternative. With Dillon Danis and Kevin Lee already talking about having a BJJ match on Instagram Live, a whole new world is out there.