Holding out for a huge fight?

Since going 1-1 against Conor McGregor in 2016, Nate Diaz has been absent from the fight game. Surrounding his beef with McGregor was an undertone that few fighters have survived. Going against the UFC in many respects has proved fatal for athlete’s careers before.

Had he lost to McGregor at UFC 196, Diaz would probably be nowhere near the position he’s in now. Submitting ‘The Notorious’ on 12 days notice made Diaz a superstar, but his issues with the UFC would continue.

Diaz vs. McGregor & The UFC

Having granted McGregor an immediate, Nate hoped the promotion would do the same after UFC 202. Sadly this was not the case. Although their highly entertaining bout at UFC 202 was very close, the UFC refused a do-over.

Later, UFC president Dana White would admit Conor McGregor was ‘Too special to put through another one of those wars.’ These comments would come back to bite the UFC as McGregor now also stands against them.

Where’s Diaz in this scenario? He says next in line:

Diaz Wants Winner of McGregor vs. Mayweather in Boxing

Here’s what Nate Diaz told Garnek Sports about his next potential fight, video below:

“If I’m gonna fight again soon, it’s gonna be a big deal fight. Not a money fight, I get paid regardless, but now they’re talking about this Mayweather vs. McGregor stuff. I didn’t know how serious it was, but now it looks like it might happen.”

“I tried to get my boxing license before, this promoter wanted to buy me out of my UFC contract. The UFC wouldn’t let me go. Now I see McGregor got his license, I just got mine in California and I’m getting my Nevada license now. If McGregor can do it, then I will too. I’m the only one with credentials to fight both those guys. I just beat McGregor twice, people forget that, I’ll make it 3-0 against him in boxing.” 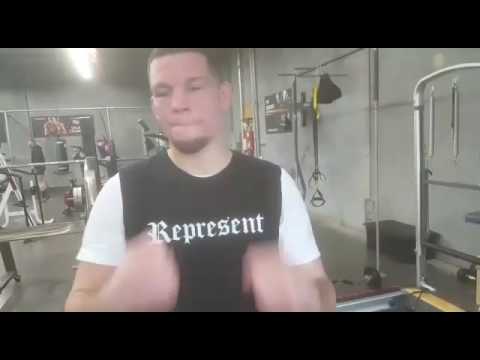