Ever since just before UFC 196, Nate Diaz and Conor McGregor have shared an unbreakable bond. Talking some of the most entertaining trash to each other, it was clear McGregor & Diaz shared something special.

Although they’d only been paired up 11 days before the fight happened, the two rivals had a past. After beating Michael Johnson in December 2015, Diaz ripped McGregor. During one of the most explicit post-fight interviews ever, Diaz blasted the Irishman in a classic rant.

“F*ck that, Conor McGregor, you’re taking everything I worked for”

With an interview that was instantly viral, Diaz got his name mixed up with McGregor’s. That said, the UFC was in no hurry to book that fight. Only after Rafael dos Anjos was injured was Diaz’s name considered. Little did they know he was about to flip the script.

Rolling in from vacation with less than two weeks notice, Diaz smashed McGregor’s aura at UFC 196. Sinking in a fight ending choke in the second round, the Stockton grappler literally stole McGregor’s soul.

Demanding and receiving an immediate rematch at UFC 202, McGregor got a win back. That said, many questioned the method in which the Irishman won. The fight was a classic five round war, but it was very close.

Diaz has openly disputed the decision, and the UFC was quick to refuse the trilogy fight. Nate had claimed before the fight ‘the UFC is trying to get me out of here.’ During his most recent interview, Diaz revealed much more about that infamous rematch at UFC 202: 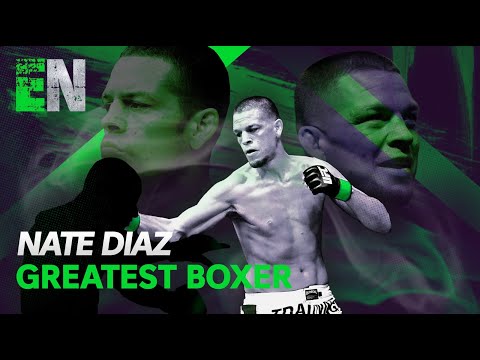 “The whole fight, in the fight he was crying. I was hitting him and I could feel tears coming off him. His corner was screaming ‘stick to the gameplan.’ He was sat on his stool crying saying ‘I want out!’ The ref told me at the end of the third round. The ref said, ‘I’m going to stop it Conor, unless you fight back’. “