Yes, the Lingerie Fighting Championships is a thing and trying to do its bit for female empowerment. You go girls. The organization is one of the weirdest in mixed martial arts and is exactly what you think it is. Women fighting in their underwear.

I know, the scandal of people fighting half-naked in an octagon. Oh wait, they do that already don’t they? Apparently, it’s different though if they’re wearing frilly underwear instead of a sports bra and shorts. It’s not exactly the suffragette movement is it?

Now this wonderful promotion has signaled that they’re ready to move onwards and upwards in the world. They’re ready to sign someone with an actual name, instead of washed-up UFC stars. Now they’re genuinely desperate to sign someone of the stature of Ronda Rousey, either to compete or to be a brand ambassador. Good luck with that guys.

The answer to this question is that nobody really knows. Promoter Shaun Donnelly insists that the fights are competitive and that the women involved are really fighting. However, the majority of them are former professional wrestlers like WWE stalwart Shelly Martinez AKA Ariel. Check out the company’s logo:

Right. It’s not exactly Invicta FC anyway and is hardly going to be a gateway promotion to the likes of the UFC or Bellator. This is pretty much about fulfilling a fetish for the men and women watching, and there’s something a little creepy about this.

The Deluded Donnelly also wants to sign someone with a massive name to get involved in LFC, either as a marquee fighter or as a brand ambassador. Ronda Rousey is his dream target, and he insists that the possibility shouldn’t be ruled out. He said in a recent press release:

“Ronda Rousey has long been at the very top of our wish list. Not only is she one of the top fighters of all time, she is also a very beautiful woman who isn’t afraid to show off her sexy side.”

It’s highly unlikely that “Rowdy” Ronda is going to drop her WWE career to fight in a bra and knickers, but who knows right? Money talks and stranger things have happened. Oh why pretend. This guy is mental. 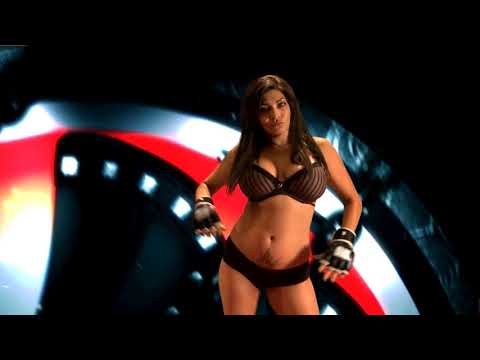 Donnelly also insists that it’s all about the fighters’ personalities. No not the pair of personalities that you’re thinking of. Rules are in place to prevent the competitors from striking each other in the face because that makes them less marketable. Back in 2016, he said:

“We’ve just put in rules to protect them from damaging their faces as many of our cast are models and can’t afford to show up for a shoot with a black eye. And they go into each fight more concerned with putting on a great show than killing their opponent.”

Imagine how this guy would have reacted to Paige VanZant getting her face turned to mince by Rose Namajunas? Or any victim of Joanna Jędrzejczyk? It would be hilarious to watch. Anyway, LFC definitely fills a niche in the market and looks set to stay.

Watch The Best Reactions To The Head Kick Heard Around The...

Strains Have Siblings! But Who Are They? Let’s Find Out

Nick Diaz falls to his KNEES against Lawler