According to MMA manager Wallid Ismail, they are looking to book his client Paulo Costa to fight Marvin Vettori. It will be an interesting match up for both fighters and a fight that makes sense since both are just coming off a title shot loss against Israel Adesanya.

Asked MMA manager Wallid Ismail (@WallidJfc) for an update on Paulo Costa (@BorrachinhaMMA). He said the fight he wants to make and is pushing UFC for is Marvin Vettori (@MarvinVettori). Both talk trash, fun matchup. Wallid is trying to make it from his end.

Both are currently top 5 ranked middleweight who fell short to the current champion, Israel Adesanya. The fight will be a banger if we based it off their style of fights. Paulo Costa likes to pressure his opponents and let them drown but Vettori also has that left hand and grappling that could give Costa problems.

Not only that but Vettori has shown to have a granite chin that Adesanya wasn’t also able to knock him down. Vettori also expressed his interests in fighting Costa after losing to Adesanya for the second time. 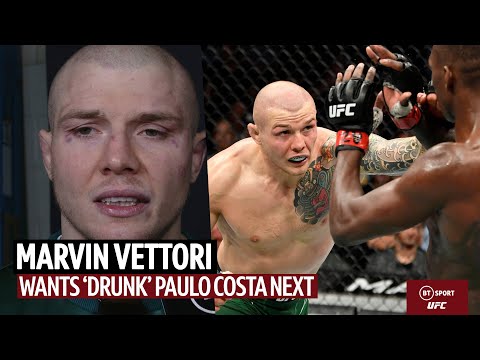 The trash talk and matchup will sell the fight and could even main event a fight night. It is a great fight for the UFC to make and will also be able to gauge on where the fighters rank right now.

Paulo Costa was initially scheduled to face Robert Whittaker but pulled out due to an injury and then he was booked to face Jared Cannonier but then pulled out saying that he wanted main-event money and was not happy with what the UFC was offering. Will he be able to step up and face Vettori this time around? He hasn’t fought since September of 2020.

As for Vettori, his last two losses were from the current champion and is still one of the top middleweights out there. He has beaten guys like Kevin Holland and Jack Hermansson. He was also on 5 fight win streak prior to his last fight.

Salvador Sanchez - Mar 25, 2018 0
UFC star Conor McGregor may not be champion anymore after UFC 223 but he is still the promotion's biggest draw. With his latest Tweet,...

Conor McGregor Offers To Fight Paulie Malignaggi On One Condition