With Usman’s recent win against Gilbert Burns, he has beaten the contenders from number 1 to 4 which is an insane resume to have. He also broke George St Pierre’s most consecutive wins in the division. A few more defense he will be in the argument as one of the greatest of all time.

Clearing out his division 🏆 Who's next for @USMAN84kg? #UFC258 pic.twitter.com/OiEgREr0HG

So who should be next for Kamaru Usman, most would assume that since there is no more opponents left, he should move up but that is not the case. He has said in the Joe Rogan Podcast that he would not fight his fellow Nigerian brother, Israel Adesanya out of respect from each other. 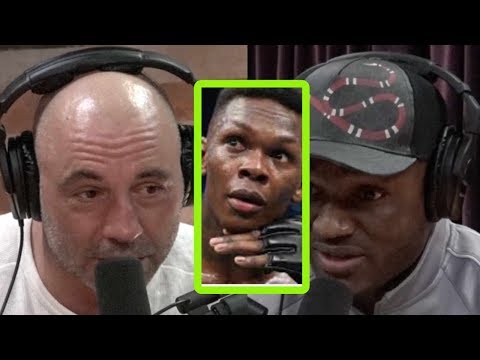 So if Usman would want to fight someone new, it would have to be Stephen Thompson. He is the only one in the top 5 rankings he does not have a win over. Thompson also has a win over Masvidal so it would make sense for him to get a title shot.

There were reports that Leon Edwards will be facing Belal Muhammad on short notice. Muhammad also fought in the UFC 258 card, and it was a dominant performance. Unlike Chimaev, he has beaten ranked contenders and is on a win streak.

Leon Edwards will meet Belal Muhammad on March 13, per sources. Muhammad has won 4 in a row. He just beat Dhiego Lima Sat.

UFC explored Covington, Li or Diaz for Edwards but those fights never materialized. Edwards wanted to stay on 3/13.

So that one that is left in the top 5 rankings are Covington, Masvidal and Thompson. In an ideal world, Covington vs Masvidal should be booked. It is just a fight that fans will be wanting to see. Covington even said that he already signed the dotted line but Masvidal’s team does not want to accept the fight.

Although in terms of popularity, Masvidal might attract more viewers when he fights. The UFC might give it a priority to book Masvidal for the title as he could potentially be a UFC star if he has a big win. The question will be who among the contenders will he be able to beat? Even though it was a short notice fight, he still lost a one sided domination against Usman.

Stephen Thompson also makes more sense since he has a different style compared to other competitors. In MMA, styles makes fights, so it would be interesting to see how well Thompson’s style against Usman.

Thompson is known for his karate style of fighting where he strikes and gets out of the centerline before the counter. His takedown defense is also great but will he be able to defend against Usman who is a talented wrestler? Thompson likes to pick his shots and does not overcommit, he might have the most unique style in the top 5 welterweights.

Thompson has fought for the title twice in the past but fell short against Tyron Woodley. He is already 38 years old and time is catching up to him. Will he be able to get the coveted UFC gold or retire as a gatekeeper of the division.

Atilano Diaz - Oct 13, 2017 0
It’s absolutely no secret that the UFC misses its biggest star. UFC lightweight champion, “The Notorious” Conor McGregor hasn’t been inside the Octagon since...