During a busy month of banter for Tyron Woodley, the UFC welterweight champion has targeted Nate Diaz. Although primarily a lightweight, Diaz has ventured to 170 pounds a number of times in the past.

After a duo of welterweight fights with Conor McGregor in 2016, Diaz claimed he wouldn’t return until a third clash with ‘The Notorious.’ For more than 12 months, Diaz has refused multiple fights, sticking to his word.

Suddenly this month, a title fight was being talked about for Diaz. Then, it elevated from rumor to near-reality. The UFC had offered Diaz a 170-pound title fight with Tyron Woodley and ‘The Chosen One’ had signed the contract.

All we had from Diaz while Woodley publicly blasted him was an Eminem-Inspired Instagram post with the tag ‘I’ve created a monster.’

According to Nate Diaz’s boxing coach, Richard Perez, the UFC is trying to lowball his fighter. Offering him below what he was hoping for in terms of pay, the UFC perhaps thinks the prospect of a title fight will outweigh his financial demands.

Apparently, they were wrong, as per Submission Radio:

“I mean, he says he signed his part already, Woodley did and Nathan hasn’t, but there’s a reason. Because, you know just as well as I do, Nathan is on top and he needs to get paid what he deserves. He’s a people person. People want to see him and he’s popular right now, just like McGregor. So why doesn’t UFC do it when they made big money on the show when Nathan fights and McGregor fights?”

“He’s naming all these people that don’t want to fight him, you know, cause he’s trying to get his name, he’s trying to get up there, and nobody wants to (fight him). I mean, he’s got the belt. So what? The belt don’t mean nothing anymore. It’s about who you’re fighting (if you want) to make the money.”

And will the fight with Woodley actually happen? Nope, according to Perez… 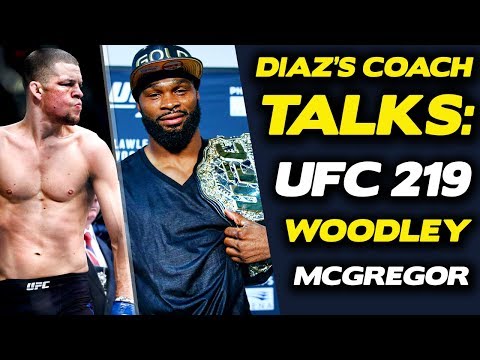 “Well, to be honest with you, I know Nathan would beat him because he’s not… Woodley’s – see, he’s fought guys like Robbie Lawler. Robbie Lawler wasn’t expecting that, he wasn’t expecting for Woodley to just come out and throw, and he kind of closed up a little bit, Robbie Lawler. Nathan won’t. Like I said, when he’s in tip top and not hurt, he’ll go out there and he’ll box him, he’ll outbox Woodley. Woodley, sure he’s fast, but he don’t have the reach, and Nathan’s fast too. Believe me, when he’s throwing combinations good, he’ll nail them. And if it goes on the ground, Woodley doesn’t have a chance.”

“I saw Woodley talking the other day about Nathan being scared, “scared homie”, you know, but it’s not that. It’s not all about that, because Nathan ain’t scared to fight nobody, it’s the money, and Dana White and the UFC doesn’t want to pay him. But he deserves it.”