Firas Zahabi Has Gone in hard on Conor McGregor… Georges St. Pierre’s Head Coach Has Called Him an Embarrassment to MMA and Slammed the Irishman for His Assault on an Old Man in Ireland…

Conor McGregor just can’t stay out of the news. The Irishman has now made waves after an extraordinary one-hour interview with Ariel Helwani on ESPN. He apologised for attacking an old man who rejected his whiskey in a bar in Dublin. We don’t blame the guy because it would probably have taken years off his life.

McGregor has only fought once in the last three years in the UFC. He lost to Khabib Nurmagamedov after a toxic build-up, losing the chance of winning back the lightweight title. Now he’s really testing the patience of fans and his own nation after a series of indefensible incidents.

Now Tristar MMA’s Firas Zahabi has launched an astonishing attack on McGregor’s character as a human being. He criticised him as a representative of MMA and his personal behaviour. 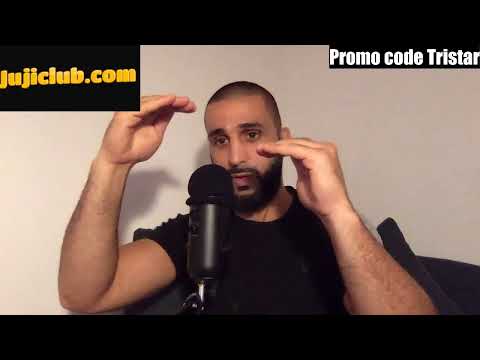 Zahabi is regarded as one of the greatest coaches in the history of MMA. He’s one of the main reasons behind Georges St. Pierre’s incredible success in the UFC. During a live broadcast on Youtube, he was asked by a fan what he thought of  Conor McGregor and he definitely didn’t hold back.

“It’s indefensible, there is no defense for this, except (McGregor) is a pathetic, sorry excuse for a human being,” Zahabi said. “How do you punch an old man because he doesn’t want to drink your whiskey? Who can defend this? You punch an old man then you run? What a disgusting display. I don’t care how much money you have or how famous you [are]. If this is the type of person you are then your value is zero.

Alert: My entire interview with @TheNotoriousMMA airs TONIGHT on ESPN2 at 8 pm et / 5 pm pt. We discuss the recent bar incident, his string of controversies, his injured hand, his return, Diaz, Khabib and so much more. One hour, unedited with Conor McGregor. Tonight! pic.twitter.com/4QyYIBGlvN

The Tristar head coach is known for his calm demeanour. It’s very uncharacteristic of him to lose control and just rant about something but this definitely made him fly off the handle.

“There are so few things I will lose it on. This is one of them. If I was there when this incident happen, believe me, it wouldn’t have went well. I would have got up out of my chair, I would have been very upset. You don’t punch an old person in the face,” Zahabi said.

“I don’t care what that old man said. What if he insulted him? Who cares. He’s an old man. Maybe the old man has dementia. If some old man walks up to me and calls me a motherf*cker or whatever he says to me, I would say, ‘Sir, can I help you across the street?’ I don’t care if the man curses me out. He’s an old man. You cannot strike an old man.”

The entire interview will air very soon. Don’t worry. More on that in a bit. For now, I will just say it was a very apologetic, humble and motivated McGregor. Been a while since I’ve seen and heard him like this. I think you guys will enjoy it. More in a bit.

You’d think that everything Zahabi said would just be common sense. McGregor seemed genuinely emotional in his interview with Helwani. It seems like he’s on the edge of public opinion and he can only blame himself for that. He might have just one more chance to swing it back to the more positive side.

McGregor needs to get back into the octagon soon and win a fight. Reminding everybody that he’s a brilliant fighter is the best way to do get the fans back on side.

Atilano Diaz - Apr 19, 2017 0
Before MMA came to be the sport that we know and love today, it was a crazy concoction of martial arts that knew no...

When Fighters Lose Control: Which Bully Beatdown Went Too Far?