UFC vs. Boxing did not end up so well for the former. After getting schooled in the boxing ring, Conor McGregor invited Floyd Mayweather over to the UFC. By all accounts, that could actually happen…

Floyd Mayweather and Conor McGregor’s ‘rivalry’ looks to be going into its second chapter. After McGregor took the step into the boxing ring in August of last year, the structure of combat sports as we know it was thrown out the window.

Although he was basically carried throughout the fight before being pummeled and finished, ‘The Notorious’ did not lose stock in his MMA career. If anything, the fact he wouldn’t now settle for what he was paid before MayMac mean McGregor will likely make a lot more money.

The Irishman’s loss to Mayweather also opened the door to countless other inter-sport challenges. One of those potential crossover fights involves, you guessed it, Floyd Mayweather.

‘Money’ has been teasing a UFC debut for a few weeks now, with UFC president Dana White recently adding fuel to the rumors.

Although Mayweather will be heavily outgunned in terms of what he could use in the octagon, his team suggests there isn’t such a big advantage for McGregor. Amongst other things, Mayweather’s uncle Jeff has faith in Floyd’s speed and power.

Could Mayweather’s striking prowess translate in the UFC octagon? We’ve certainly been down this road before with guys like James Toney, but will Mayweather really turn McGregor into a wrestler? 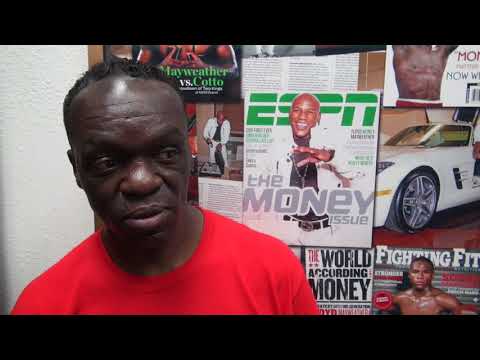 “It’s the same thing that went through Conor’s mind. It’s money, it was an event, basically, this would be the same thing but in reverse. If it’s about money then it’s worth the risk, it doesn’t harm Floyd’s legacy. It’s different sports, it didn’t hamper Conor’s legacy (coming to boxing).”

“He’s not a boxer so nobody expected him to win. Even my ass, first of all, Floyd carried him. Conor was going to get knocked out, and what happened? He got knocked out. The reality is this, Floyd’s sport is different.”

“The punches in MMA are completely different, Conor has a massive advantage over Floy, but Floyd has a chance. He is way faster and way more elusive than Conor, and he punches harder than Conor.”

“The same way he whooped his ass in boxing he can whoop him in MMA. It’s a dance, it ain’t about running, that’s boxing. MMA fighters do it too. McGregor can’t do that as well as him, and as long as he does that Floyd has a chance of winning.”

Well, this all sounds very familiar, to be honest. Perhaps, though, Mayweather could land a lucky punch?

Yoel Romero Title Fight Is Official But Not Against Michael Bisping

Salvador Sanchez - May 24, 2017 0
The swings and roundabouts continue in the UFC middleweight division... After it was announced that Georges St-Pierre would get a middleweight title shot, sighs were...

Is the Old Conor McGregor Back?

10 MMA Champions Who Fell Apart In The UFC