Tyron Woodley really wants to fight Nate Diaz. He’s been pushing for it since last November. Diaz has officially announced that he is ready to make his comeback. ‘Stockton’s finest’ has been on hiatus since his narrow decision loss to Conor McGregor, back in August of 2016.

Allegedly the two came close to agreeing on a deal before Christmas. However, Diaz’s contractual demands were supposedly a barrier. Reports stated that he was looking for up to $14 million dollars to fight Woodley. The current welterweight champion is unbeaten in six fights, with three successful title defences since taking the belt from Robbie Lawler.

Unfortunately for ‘The Chosen One’ his style has not made him a fan favourite. Although earlier in his career he was renowned for his knockout power, his more recent appearances have been much more tactical and measured. This has infamously drawn criticism from UFC President Dana White. Woodley isn’t letting him get him down. He wants Diaz and he is leaving no stone unturned to goad him back into action.

Woodley appeared on TMZ Sports and made clear his intentions very clear. He is ready to fight Nate Diaz and he wants the Californian to stop running from him. Woodley tried to call Diaz from the studio, but it just went straight to his voicemail.

Did this dissuade Woodley? Of course not. He decided to disguise his voice, and leave a voice message for his nemesis. He said:

“Hello, this is a message for Mr. Nathan Diaz. I called because I got a big box of pampers for you because I heard you were shitting yourself because you had to fight Tyron Woodley. Please give us a call back so we can set this fight up.”

It’s fair to say that not everyone will find this video funny. It will make some people cringe instead of laugh. What is undeniable however is that Woodley is doing a very effective job of slowly building up a media presence for himself. If people know who he is, the fight suddenly becomes much more attractive to the UFC.

“I need to beat the household name,” said Woodley. “So when I take him out, I can get the dude that I’m deserving of and then I can get on with my career. Georges st. Pierre possibly, Conor Mcgregor possibly. And after whoopin’ little brother, I’m pretty sure big brother Nick is gonna come and see me too, and he’s gonna get the hands as well”.

Popularity is important. As the UFC desperately searches for their next breakout star, opportunities will arise. Diaz is one of the few that they have that will be somewhat recognisable to mainstream audiences, thanks to his pair of fights against a certain Mr McGregor. 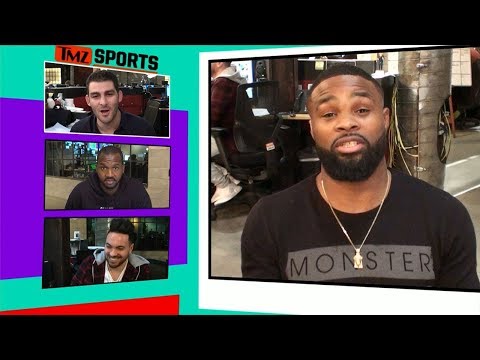 Dana White has repeatedly said that that former lightweight champion Rafael dos Anjos is next in line for a shot at the welterweight belt. The Brazilian is coming off a win over former champion Robbie Lawler and has revitalised his career by going up a weight class.

Dos Anjos and Woodley had a well-publicised fall out on social media earlier this week after Dana White came out on ESPN and said that Woodley is ‘full of sh-t”. The relationship between Woodley and White may be one of the main barriers between him getting the Diaz fight. Unless there’s enough money on the table of course.

Atilano Diaz - Dec 2, 2016 1
When Conor McGregor looks into the mirror, he uses the word “invincible” to describe himself. As he stares at his own chiselled physique with...

WATCH: BJ Penn Gets Knocked Out Cold in Street Fight

What Makes Slot Game So Much Fun to Play?

WATCH: UFC Fighter Punches Herself In The Face Four Times