Conor McGregor has been in the news a lot recently, but not for the right reasons. After organizing an assault on a media bus at UFC 223, he ended up spending the night in a Brooklyn prison cell and making a court appearance the next day.

The Irishman is due back before the judge in June. He’s been pretty quiet since his most recent escapades. However, over the past year, he has managed to get into fights with Irish gangsters, shoved a referee at a Bellator event and been called out for using homophobic language. This isn’t exactly what the UFC would want from the face of their organization.

However, speculation is mounting that McGregor, with all his riches, has developed a coke habit. While this is absolutely unproven, Joe Rogan has openly discussed the possibility on his podcast. Now former training partner Paulie Malignaggi has added his voice in support of these claims.

Malignaggi and McGregor are not exactly the best of friends. The former WBA welterweight champion trained with the ‘Notorious’ in the run-up to his fight with Floyd Mayweather. However, controversy occurred when a video went viral of McGregor knocking Malignaggi down during a sparring session.

The American wasn’t best pleased with this representation of events and quickly left the camp in disgust. Since then the pair has been back and forth on social media, with Malignaggi unable to let go of his resentment of the Irishman. He said:

“The only thing he’s knocking down these days are metal beams and poles. He’s not knocking down human beings, I promise you that. Not with that bitch ass power.”

Now Malignaggi has revealed exactly why he thinks there might be truth to the accusation that McGregor is a cokehead. He believes that it would explain a lot of the Irishman’s recent erratic behavior.

“If this was just a one time thing, I’d say maybe he had a bad day,” Malignaggi said. “But, he jumped in the cage at Bellator. Then he got into that whole brawl in that bar in Ireland… And now… So, I think when you put it together, I don’t think it’s out of line to think this guy’s a pretty big cokehead.”

Well let’s not forget that Malignaggi is not exactly best friends with McGregor, so he’s always going to be happy to tarnish the former double UFC champion’s name. He’s also not claiming to have actually seen him use the drug, so it’s dangerous to jump to conclusions. 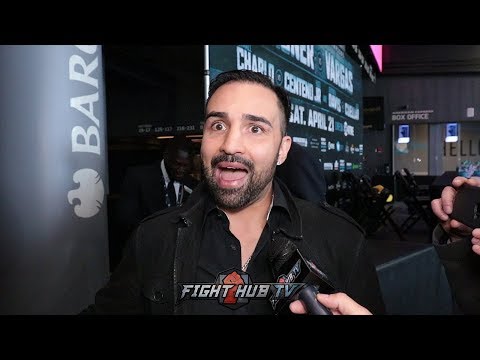 Assuming Conor McGregor is not a coke abusing madman, he is expected to return to action at some point this year. Two potential opponents have materialized in recent days. Khabib Nurmagamedov appears the most logical, however, Nate Diaz is also highly possible.

Whatever happens, McGregor is so unpredictable we won’t be able to take our eyes off him. He’s been very quiet over last few days since arriving back in Ireland. It has been confirmed that he is officially in talks. With potential fights and lawsuits on the horizon, McGregor has a busy time ahead.