Israel Adesanya returns to the UFC’s middleweight division on June 12 when he defends his world title against Martin Vettori at the Gila River Arena in Arizona, in front of what will be a sold-out crowd.

Back in March, ‘The Last Stylebender’ suffered his first professional defeat inside an octagon when he unsuccessfully challenged Jan Blachowicz for his light-heavyweight crown, in a bid to become a two-division ‘champ champ’. After being outpointed by the Pole, Adesanya is returning to 185lbs to make the third defense of his title.

The current UFC odds have the champion as a comfortable favorite over Vettori, coming in at 1.22/1 and it’s not difficult to see why. Though he only had one amateur mixed martial arts fight and turned over in 2012, Adesanya has extensive experience as a professional kickboxer and boxer, which is evident in his striking ability.

After fighting for regional promotions in Australasia for a few years, Adesanya didn’t enter the UFC until 2018 and in the short time since then has proven himself one of the best fighters on the planet.

In fact, this upcoming fight with Vettori is actually a rematch – Adesanya faced the Italian in his second UFC fight back in April 2018. After three competitive rounds, it was Israel who had his hand raised on a split decision.

From there, Adesanya beat Brad Tavares on points and stopped Derek Brunson in a round before facing one of his heroes; the inimitable Anderson Silva. Though the Brazilian was past his best years at the time, his name was still a notable one for Adesanya to add to his win column.

That string of victories earned Adesanya a shot at the interim UFC middleweight title against Kelvin Gastelum in 2019. Over five rounds, the pair produced one of the greatest fights in recent history, hurting and bloodying each other before Israel rallied in the final round to earn a unanimous decision.

The New Zealand-based Nigerian then seized his opportunity at the full title against Australia’s Robert Whitaker, emphatically knocking the champion out in two rounds. It was a star-making performance, not just for the skills he showed in the fight but also for the confidence and swagger he brought to the octagon on such a huge stage.

Adesanya’s first title defense was a disappointing one, as he outpointed Yoel Romero over five drab rounds in 2020, neither man willing to take many risks. However, in September of that year, Israel took on the marauding Paulo Costa in what was considered a very close fight on paper.

What transpired was another dominant win for Adesanya as he stopped the Brazilian inside two rounds, setting up his foray into the 205lb division against champion Blachowicz. Despite entering the bout as a strong favorite, Adesanya could not impose his varied striking on Jan and was repeatedly taken down, dropping a decision on the judges’ cards. 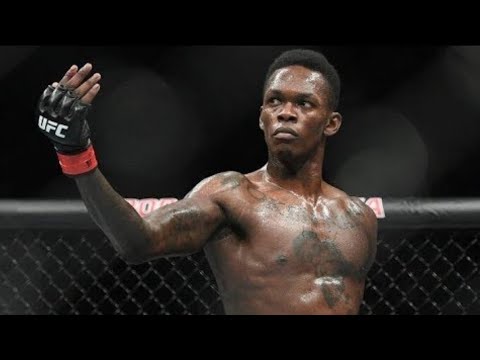 Indeed, Adesanya is considered by many to be the best striker in the UFC at the moment. At six-foot-four with an 80-inch reach, he is a very tall and rangy middleweight and uses these advantages to full effect.

Extremely accurate, Adesanya scythes into opponents with crisp combinations, comfortably mixing punches with kicks and elbows. Though he’s at ease while pressing the action, he does his best work while counterpunching and is happy to do so in the pocket. Against Whitaker and Costa, he showed how he can force mistakes out of his opponents before punishing them with rapid hooks, particularly with his left hand.

15 of his 20 wins have come via stoppage, with the other five being decision victories. While this conveys his striking prowess, it also highlights one of his weaknesses, his ground game. Certainly no slouch on the mat, Adesanya clearly prefers fights on the feet and he very rarely attempts submissions. Blachowicz also exposed how Adesanya can be taken down and kept on the ground, though Jan did have a significant size and weight advantage.

That would appear to be Vettori’s best chance at victory on June 12. Only two of his 17 career wins have come by way of stoppage, whereas he has submitted nine opponents and beaten the other six on points. All four of his losses have come on the cards, highlighting his durability.

The 27-year-old was a surprise choice for Adesanya’s next defense, as Whitaker has far and away proven himself the division’s top contender, but he would not have been ready in time for this date.

The Italian has only fought five times since losing to Israel, though in that time has seen seven fights aborted for various reasons. He’s won all five of those outings but was the betting favorite in all of them. The two times he’s entered a fight as the underdog in his career, he’s lost. 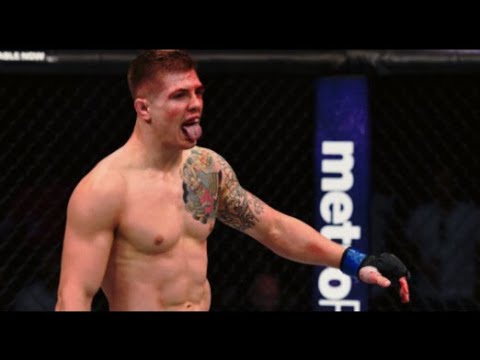 A decent counterpuncher, Vettori is very good at scoring takedowns, proven in his last fight against Kevin Holland when he completed 11 of them; a UFC middleweight record.

The challenger will need to produce a performance he has not previously shown in order to topple Adesanya, it seems. Though their first fight was close, the champion is exceptionally hard to beat at his optimal weight and has only gotten better since 2018.

Darren - Aug 16, 2018 0
Conor McGregor Has Revealed His Sincere Love of Mexico And That Floyd Mayweather Remains On His Mind...  It's a busy time to be Conor McGregor...