The UFC is in excellent shape of late, with a selection of memorable match-ups providing some real entertainment to fans of the sport in recent times. Familiar faces like Conor McGregor still dominate the headlines, alongside a selection of up-and-coming fighters who are aiming to match the commercial success of stars like the Irishman.

Throughout the various divisions, the talent on the show is immense. The best fighters don’t always get to test themselves against each other, but fans, in general, can tell who the cream of the crop truly is. It can be a murky picture when a division is crowded with a number of immense fighters capable of reigning supreme in the division, though. Debates rumble on, theories emerge, fighters blame specific elements, and a whole lot more. It’s certainly a sport that experiences change more than others.

Ultimately, the sport is in excellent shape. Whether you’re following a fighter in the heavyweight division or you prefer sampling the odd bantamweight battle, the quality of fights in the UFC has never been so good. To highlight the progress made in the sport, here is a look at a selection of the best fighters from throughout the divisions.

When assessing the heavyweight division, it’s impossible to ignore Francis Ngannou. Stipe Miocic certainly felt his power in the recent UFC 260 bout. A match-up with light heavyweight king Jon Jones is on the cards, according to reports, although nothing is set in stone yet. One thing is for sure, though – nobody is jumping at the chance to fight Francis Ngannou.

Special mention to up and comers in the division, Chris Daukaus and Tom Aspinall too. 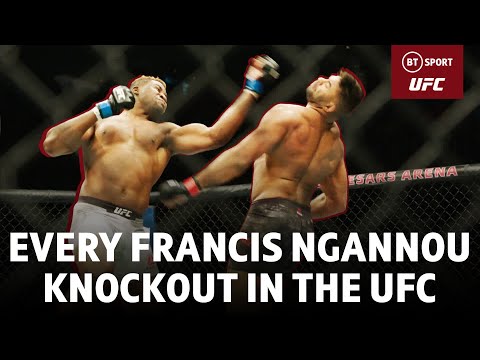 He might have failed in his mission to become a two-division champion, but Israel Adesanya is still the star of the middleweight division. Most people predict an Adesanya victory, although he has had some tough tests to come through too. Many match-ups have seen the Kiwi rated as the underdog, perhaps none more so than his stern test against Jan Blachowicz. Jeff Fox, writing for MansionBet’s MMA blog, was one of many who predicted the Kiwi to see off the Pole. Since the defeat, though, Adesanya has gone from strength to strength and, alongside some other memorable performances, is the man to stop in the division.

Kamaru Usman has been a dominant force for a while now, with fans of the welterweight division desperate for a fresh challenger to emerge. A rematch with Colby Covington appeals, although some fans would love to see Usman come up against two-time UFC title challenger Stephen “Wonderboy” Thompson. Until then, mixed martial artist, former freestyle wrestler, and graduated folkstyle wrestler, Kamaru Usman, is the man of the division.

Still the deepest division in MMA, Dustin Poirier is hard to ignore when assessing the main forces in the lightweight division. “The Diamond” is becoming an unstoppable force after memorable wins over the likes of Conor McGregor, Max Holloway, Eddie Alvarez, Justin Gaethje, and Anthony Pettis. After moving up to 155 pounds, Poirier is looking unstoppable.

A featherweight who is currently unbeaten, Alexander Volkanovski is the man everyone wants to take down at the moment. The fight with Brian Ortega in September promises to be a classic, although it’s hard to look past the in-form and truly formidable Alexander Volkanovski in that one. Max Holloway might have something to say about that, though.

Salvador Sanchez - Mar 27, 2018 0
Floyd Mayweather's rumored UFC debut has everyone talking right now. The undefeated boxing champ was fast as lightning during his career, which only ended...

Report: Ronda Rousey Could Join WWE After She Retires

The Seven Best Fighters Who Never Got Paid