Early Wednesday morning it was made official that one-time MMA promoter Donald Trump had won the U.S Presidential Election. Donald Trump was the majority shareholder of Affliction MMA throughout their short lifespan.

Trump’s ties to the MMA community don’t end there however, as despite at one time being Dana White’s competitor, the two are actually friends. Their relationship goes back to the early days of Zuffa’s ownership of the UFC, when Trump hosted two UFC events at his Atlantic City Trump Taj Mahal Casino. White would later mention that he was impressed Trump showed up and sat front row for the fights.

The two continued to be friends even after Trump’s promotion of Affliction MMA’s two events, both of which featured Fedor Emelianenko. This summer, Trump invited White to speak at the Republican National Convention as well.

We know how Dana White is feeling about the President-elect, but many UFC fighters feel differently about the controversial election results. Many of the UFC’s top stars are in New York this week to help promote UFC 205, and cameras caught up with them to get their feelings on the election. 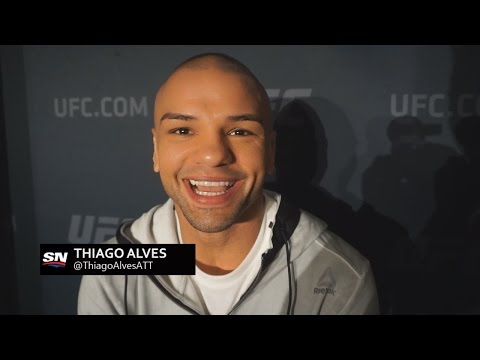 Other fighters took to social media to express their thoughts on Donald Trump’s election.

Andrei Arlovski, who competed for Affliction, posted this photo of him looking tired while posing with an excited looking Trump. Check out the comments to reveal a side of Arlovski you may not have known existed.

Haha , post from Russia …………. God bless America . To all the cunts who unfollowed me and wrote those nasty comments it looks like I was right. So now, you bitches can kiss my Belorussian ass ….. #AndreiArlovski #iwasright #DonaldTrump #makeamericagreatagain #PresidentTrump #landofthebrave

Salvador Sanchez - Dec 14, 2016 0
This would be HUGE... Arguably the biggest fight in women's MMA history, Ronda Rousey vs. Holly Holm also turned out to be the biggest upset....

One Year Ago Today: Wilder vs Fury 2 FULL FIGHT VIDEO...

LOOK: Conor McGregor Reveals How To Land The Perfect Punch