After months of hype and anticipation, UFC 207 finally went down in Las Vegas last night. Featuring two bantamweight title fights in the men’s and women’s division, the card proved to be a smash hit.

Leading the charge in to the last pay-per-view of the year was Amanda Nunes vs. Ronda Rousey. Following a year away from the sport, Rousey was looking to win back the title she’d held for more than three years. It did not work out that way, though.

From the opening bell it was clear that Rousey was not comfortable in there. Nunes moved well, and it wasn’t until ‘Rowdy’ was hurt that she went for a clinch. Similar to the Holly Holm fight, ‘Rowdy’ was lost on her feet early on.

Sadly for fans of the ex-champion, Nunes was not waiting around for even one minute to pass. Turning up the heat with a barrage of strikes, the Brazilian forced referee Herb Dean to step in after 48 seconds.

Watch the fight video/highlights of the Nunes vs. Rousey KO here: 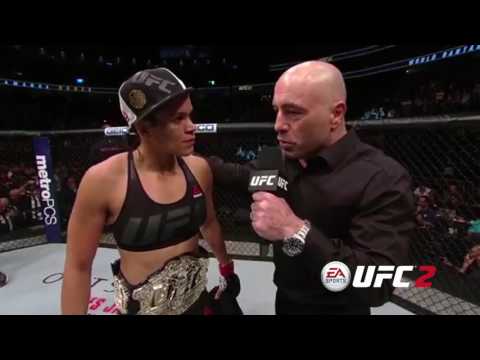