‘The Notorious’ Conor McGregor suffered a devastating loss to Khabib Nurmagamedov last weekend. However, his loss was definitely overshadowed by the chaos that emerged afterward, when the Russian launched himself feet first at McGregor’s teammate Dillon Danis.

This ignited a chaotic brawl which saw security swarm from all sides of the venues and members of both McGregor’s and Khabib’s camps involved. One of the most controversial parts involved the Irishman who was targeted by Islam Makhachev and Zubaira Tukagov while he was still in the cage.

Video footage reveals that McGregor threw the first blow as both men came forward. However, Tukagov and Makhachev were both arrested afterward. Now Chael Sonnen has passionately come out in defense of the Irish fighter, who he believes was entirely justified in his actions. Watch the footage below. 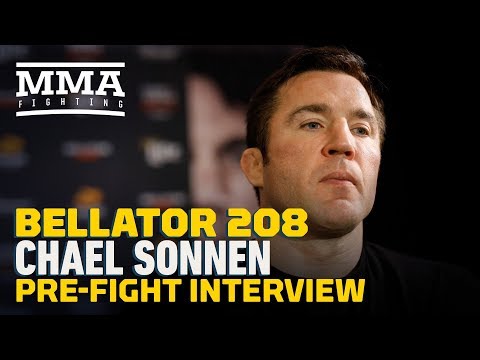 Sonnen has no time for anybody that says that McGregor started the brawl. Quite clearly, he didn’t. The physical part began when Khabib attacked Dillon Danis – although the New Yorker could be blamed as well for whatever he said to the Russian. Basically, the brawl had already started before McGregor threw any blows. Sonnen said this about fans criticizing what had happened:

The first thing you do – and remember this if your dads weren’t smart enough to tell you – if you learned to fight from your moms – or from your wimpy teachers in your liberal school district – you don’t let somebody get within arm’s reach of you, when they got that look in their eye. You keep ’em back and if they break the distance you always hit ’em first.”

Sonnen believes that McGregor did exactly the right thing by getting in the first blow. He said:

He’s not doing what he’s supposed to do and a melee has broken out. Conor McGregor had every reasonable right to throw a punch at him and that did not start the fight. Khabib had flown over the octagon and had thrown a jumping kick into Dillon Danis.”

It’s definitely a very reasonable and balanced perspective. There’s a reason Tukagov and Makhachev were arrested – later released without charge – and McGregor wasn’t. The fallout is continuing as Nurmagamedov has threatened to quit the UFC if his teammates are sacked.

Meanwhile, Sonnen is set to take on Fedor Emelianenko this weekend in a war between two-all time greats in the twilight of the careers, at Bellator 208 in New York.

Darren - Jul 9, 2020 0
Mike Perry is in hot water after a disgraceful incident in Lubbock, Tennis. The UFC welterweight dropped an older man on the way out...