Owen Roddy is one of the best striking coaches in the business. Before Conor McGregor was even a speck on the MMA scene, Roddy was a pioneer of the Irish mixed martial arts scene and was expected by many to be Ireland’s first UFC fighter. His contests back home always had a festival-like atmosphere. He came closest to a contract at Cage Warriors 50 but lost to Wilson Reis who would then be signed by the world’s leading MMA promotion.

Roddy and Conor McGregor are known to have a very close relationship, even going beyond that between ‘The Notorious’ and his head coach John Kavanagh. Roddy took the lead for McGregor’s fight against Floyd Mayweather and had a huge part in the ultimately failed venture against Khabib Nurmagamedov.

Just in case you didn’t know how slick of a martial artist Roddy is, take a look at the footage below, where he takes down a 200 lb gym nut back home in Ireland. Enjoy!

What this video show is that it doesn’t matter how big and strong you are, if you go up against someone that’s a better fighter and trained in multiple martial arts, then you’ve just got no chance. Despite being better known for his striking, Roddy is also a black belt in Brazilian Jiu-Jitsu.

Roddy is teaching a seminar in Dublin and invites a big guy onto the mats with him. He’s not Godzilla, but he is clearly bigger than Roddy, with denser muscle tone. The video starts off with Roddy allowing the guy to take top position, but before he can fully mount the SBG coach, Roddy pushes off with his legs and moves the man backward.

The big guy is able to use his brawn to stand up, but he’s not getting rid of Roddy that easily. He slickly spins around and rolls over the dude’s head with awesome technique to drag him down to the mats again and lock in the choke. The skill levels are just so high. 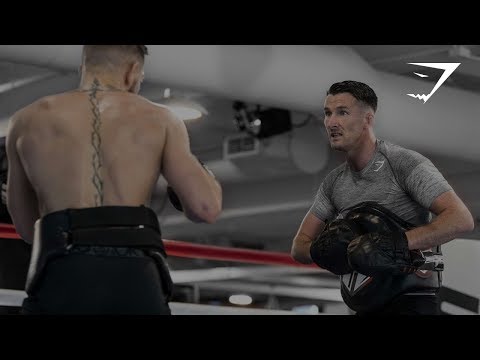 Clearly, this video was in good humor and Roddy knew exactly what he was going to do before he even did it. The gym nut had no chance at all against a high-level MMA fighter. It just goes to show that they’re some of the most dangerous people on the planet. John Kavanagh previously told Fightland:

“You can ask Conor, Owen and him spar all the time – he belongs in there with anybody. There’s no one that ever fought Owen that had an easy fight. He had a couple of losses, even his last fight against Wilson Reis, that fight was going Owen’s way right up until the end.

“Back in the day Owen went up against a French black belt called Emmanuel Fernandez, a great French black belt, he was killing the guy and then out of nowhere—BANG—overhand. He had a lot of fights where he was winning on the scorecards and then he would suddenly get cracked and things would change. Without Owen coming up through the ranks the likes of Conor might have missed out on a valuable learning curve.” 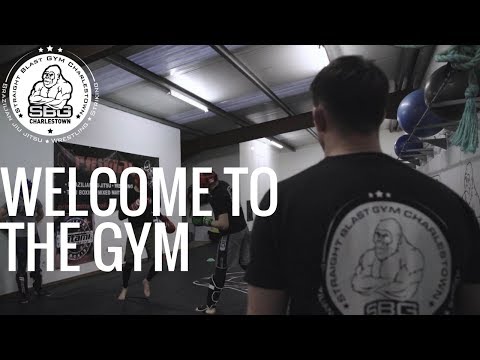 Roddy is a key reason why McGregor has reached the levels he has. He’s truly been extraordinary for Irish MMA, and you can train with him at SBG Charlestown, in Dublin, Ireland.

UFC 268 preview: Who are the sportsbooks backing?

Michael Venom Page looks to avenge his only MMA loss