This was a fight that could have big ramifications for Dillian Whyte’s future career. A past opponent of heavyweight champion Anthony Joshua, he knew that a win over Dereck Chisora could be enough to get him a rematch with the WBO, WBC and IBF champion.

Chisora and Whyte have fought before. It was a very exciting fight, which would eventually go to split-decision. Whyte would get the result on the night and had gone on to establish an 8-fight win streak. With a top-heavy heavyweight division, the time was right for both men to run this one back.

And boy, it didn’t disappoint. We’re truly in a golden era of British heavyweight boxing. Whyte might not get the headlines of a Joshua, a Wilder, or a Fury – yet – but he’s definitely no slouch. Could 2019 be his year? Well, after this devastating KO victory, he’s set up nicely for the biggest fight of his life.

Dillian Whyte KO’s Chisora in the 11th Round with a thunder left hook 🌪🥊 #WhyteChisora2 🇬🇧 pic.twitter.com/epxt78h8Lj

When you’ve got two men as big as Whyte and Chisora in a ring together, you know that fireworks could erupt at any moment. It took eleven rounds for the KO to come, but even so, it was an all action contest. Whyte could have ended it in the first, but Chisora fought back with his trademark grit and tenacity. He was ahead on two cards before he was knocked out.

It would have been interesting to see how the fight would have been scored because Chisora was deducted two points – one for the illegal use of an elbow, and the other for a low blow. In the end, it didn’t matter. Chisora came onto Whyte, but then ate a left hook that lay him flat on his back, ending his night.

Whyte KO’s Chisora in the 11th after yet another incredible fight, #WhyteChisora2 🇬🇧 https://t.co/u5kJkudwiK

Now Whyte will get another chance to claim the heavyweight crown. He’ll probably fight Anthony Joshua on April 13 in London’s Wembley Arena – unless something happens between Joshua and Wilder in the meantime. Then the winner will very likely face the victor of the Wilder v Fury rematch, in a series of fights that will hopefully unify the heavyweight division.

Whyte and Joshua have fought before, back in 2015, in an epic contest that was one of the biggest tests of the champion’s career so far. He was dangerously wobbled in the second round but Whyte just couldn’t get the finish. With 9 wins since then, Whyte is a very different fighter now and was quick to call Joshua out. He shouted: 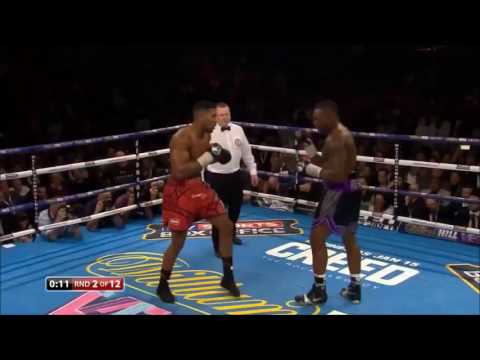 Needless to say, Joshua was not impressed by Whyte’s callout. The champion knows that he’s got to prove his salt again against his latest challenger. He’s come in for a lot of criticism for ducking Deontay Wilder and Tyson Fury. He needs to re-establish his star power. Joshua told Sky Sports:

“Dillian is an idiot. You know why? I showed him some respect, I told him straight, ‘I knocked you out clean when we fought before but let’s forget about that because we’ve both developed so let’s prove who the better fighter is’. If Deontay Wilder isn’t serious and he wants to fight Tyson Fury again; Dillian, you will get a shot.”

“I’m quite respectful but if Dillian steps in the ring with me, trust me… none of these heavyweights are on my level. But I keep my lid on, because I don’t want to explode on anyone but I do that business in the ring. If Dillian is serious, he can come get this work.”

Darren - Aug 14, 2019 0
Reports Are Indicating That Conor McGregor Will be Ready to Jump in Next Month if Something Happens to Either Khabib Nurmagamedov or Dustin Poirier...

WATCH: Nate Diaz is FURIOUS With The UFC… May Never Fight...