In these desperate times, we’ll literally watch any sport. Unfortunately, UFC President Dana White failed in his desperate bid to host a fight card on an Indian reservation. It was a bold effort and we appreciate but there’s still nothing to excite us. Jon Jones’s arrest was a nice distraction, but we need carnage.

It could be another month before we see MMA fights, however, don’t worry. Russia is here. The giant country has some of the toughest men on the planet. They’ve also got ridiculous combat sports like team MMA fighting and also slap matches.

Now footage of their hero Vasily Khamotskiy AKA Dumpling slapping a former MMA fighter is going viral. Wagner da Conceicao Martins is better known as Zuluzinho. Check out these two behemoths throwing hits in a prison. We have so many questions but maybe it’s better that we don’t know. 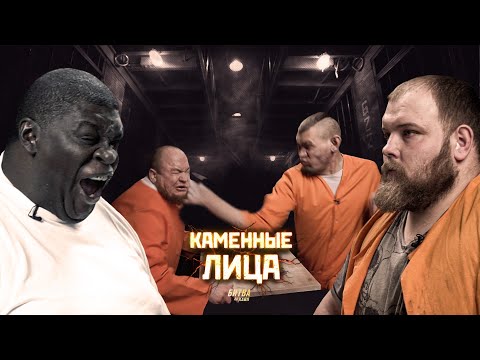 Martins (12-9, 1 NC) last competed at Megdan Fighting 6 in Belgrad, Serbia, back in December. He won by TKO against Aleksandar Aleksic. “Zuluzinho” was undefeated in 2019 at 3-0. However, he’s most famous for losing to Fedor Emelianenko.

Meanwhile, ‘Dumpling’ is a Russian folk hero for his slapping exploits. He won the nickname because of his love for floury foods and his pork frame. Last year saw his first-ever defeat, so he was coming into the Stone Faces event hoping to put things right. This was his reaction to his loss:

“It was a good hook, I liked it,” Khamotiskiy told RT Sport. “I was put to sleep for a little bit. I could have carried on, but they grabbed me and wanted to get me out of there.” 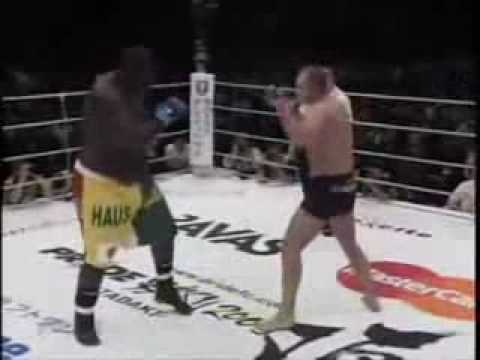 The production is ridiculous. For some reason, all the extras stand around in prison uniforms trying to look tough. Meanwhile, they both have storylines. First of all, Zuluzinho escapes the electric chair to fight Dumpling. Then we get a clip showing Dumpling’s life in the countryside. It’s all over the top but magnificent. We want Dana White to hand them the keys to the UFC for a weekend.

Then the two men get down to business. Dumpling wins the toss and gets the first strike. But Zuluzinho just laughs it off despite a white chalky handprint on his face. Then it’s his turn but he can’t knock Dumpling out either. They trade blows but neither man goes down.

In the end, the result is a draw. Both men embrace and show respect for the head-spinning blows that they’ve received. We’re pretty sure neither of them will be able to spell CTE in about five years. They also walk away with about $1000 each for their troubles. It’s nice to see the promotion rewards brain damage.

The event took place before the Russian lockdown. However, they only just released it on TV. Do you think that slap matches could be successful in the US? States like Wyoming, Mississipi, New Hampshire, and Florida would definitely be able to sanction them. Who knows, maybe you can be the next Dumpling and become an elite combat sports athlete.

Eddie Alvarez gets DQed, did the referee make a MISTAKE?