In This Remarkable Footage, Former UFC Fighter Denis Stojnic Saved a Woman From a Heinous Assault Outside a Nightclub in Bosnia and Herzegovina…

Denis Stojnic probably isn’t the first name you’re going to think of when the phrase ‘UFC veteran’ is used. He had two fights in the world’s leading MMA promotion, losing to Cain Velasquez and Stefan Struve. There’s no shame in that. Velasquez is widely regarded as one of the greatest of all time, while Struve is an established heavyweight veteran.

‘The Menace’ then went on an unbeaten tear with a number of smaller promotions. He won 8 fights, with the only anomaly a no-contest against fellow UFC veteran – and former champion – Ricco Rodriguez. He might not ever have crossed the threshold into greatness, but he’s still a bad dude.

These days Stojnic runs a nightclub in his native Bosnia. Based in Sarajevo, he made headlines after rushing out to prevent a woman from being horrifically assaulted outside his premises. Watch the dramatic clip below. 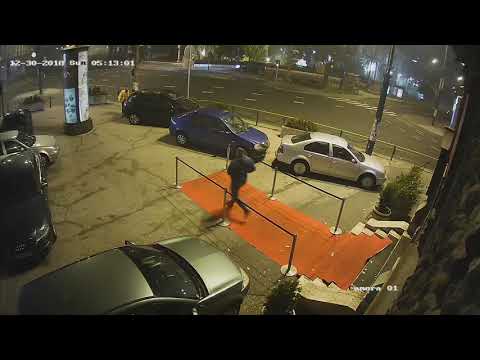 This is genuinely one of the best things we’ve seen and Stojnic deserves plaudits for his quick action. A woman in a red dress is on her way out of the club. As she walks away into the night, a guy comes up quickly behind her and grabs her. Then he slams her up against a car, clearly with the worst of intentions.

Stojic dashes out of the nightclub like a total badass. Yes, he runs the establishment, but that was a very quick action because he’s out front before his security team get out there. That woman is incredibly lucky. Sure, she was probably in shock after the foiled attack, but it could have been much worse.

Who is going to win in a fight? A random street thug or a former UFC fighter? The answer to that one is obvious. Denis the Menace confronted the scumbag and chucked him to the ground before kicking him hard. And the man deserved every bit of what he got because that was just disgusting.

It just goes to show how important it is for women to learn self-defence. If you have a daughter, encourage them to learn some basic techniques that can help them in a dangerous situation. At the end of the day, who is more likely to be attacked? A 6ft man or a 5ft 3in woman? It’s not right, but, unfortunately, that’s the reality of the world we live in. 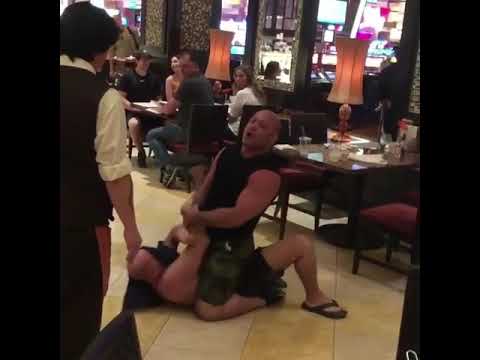 This isn’t the first time that a UFC fighter has had to intervene with a thug in a public place. One of the best clips from 2018 was this video of Matt Serra immobilising a drunken idiot in a Las Vegas restaurant last April. Serra might have put on a few pounds, but he’s still a monster, and literally toyed with the guy before security intervened.

Of course, there’s one way to make sure that you don’t get taken out by a UFC fighter – former or current. Just be a decent person and don’t act like an asshole in a public place.

Darren - Nov 17, 2019 0
There were a lot of fights this weekend. UFC Sao Paulo failed to seize the imagination of fans but one card that did live...

Khabib Explains Why Conor McGregor Had to Tap Out Early

Watch The Gracie Family Fight All Challengers In These Rare Videos