Chi-Lewis Parry rates himself as one of the best fighters outside of the UFC today. It’s hard to tell because his level of competition hasn’t been incredible. If you don’t believe us then you might want to check out how he destroyed his opponent at UAE 6.

Lewis-Parry is a Londoner who has made a lot of money fighting in the Middle East. He made headlines for trying to get Jon Jones interested in a fight with him, but that went about as well as you would expect. So instead he’s beating bums like poor old Mahmoud Hassan.

Hassan has a record of 1-6. Why he was getting a title shot at all, we really don’t know. There’s not much analysis to do about this fight except that Hassan waded forward and got smashed with a heavy right hand. He went down and was hit a couple of times before the fight was stopped after just 8 seconds. Brutal and incredibly dumb.

As you can, ‘Chopper’ truly made bits of the poor guy. The match-making was truly disgraceful and whoever was responsible for that should be banned from all MMA competitions for life for endangering a delusional fool who thought he could hang with an excellent fighter.

That eye literally looks like a beetroot. He’s not going to want to look in the mirror anytime soon, that’s for sure. He’s not going to be able to improve his record anytime soon either. That’s going to take a lot of recovery time. Just ask Sage Northcutt. He recently had 8 fractures after getting smashed by Cosmo Alexandre

Believe it or not, your face isn’t actually meant to be cracked by a hard-hitting brutal fighter.

Jorge Masvidal wasn’t the only fighter to score a quick KO this weekend. Chi Lewis-Parry won the UAE Warriors Heavyweight title after an 8 second KO. The 1 punch he landed broke his opponent’s face in 4 places. His manager just sent me this photo @MoguIManagement @RealChopperChi pic.twitter.com/cusF9h0UVJ

Lewis-Parry is very pragmatic about his future these days. All he wants is to fight and make money. Right now it doesn’t matter if he isn’t fighting at the highest level to do this. He said:

“I don’t need to be the pound-for-pound greatest, I don’t care about that, but I’ll fight anybody…kind of like how Mark Hunt is. I’ve kind of reached the point where I just want to have fun, so I’m enjoying it. A lot of guys map their career because they want to get to the titles… I’m not interested in that, just give me names and let me have fun.” 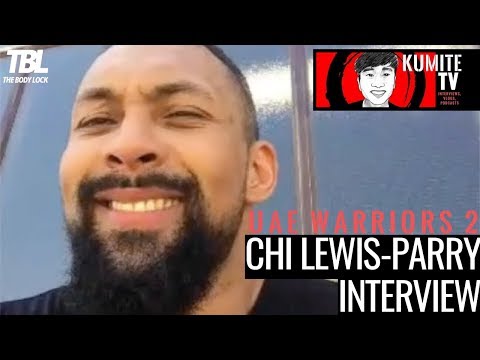 ‘Chopper’ also fought for GLORY and is a well-respected kickboxer. He says there is a lot of politics involving his future. He’s obviously been heavily linked with a move to Bellator too. He said:

“There’s a lot of politics that surrounds my career and it’s not that straightforward… I’ve had plenty of offers that I’ve just not been able to accept, so until I’m completely in the clear, I can’t really entertain those ideas. All I can do right now is just focus on staying active and staying relevant; as long as I stay relevant, then the conversation is always there but it’s different for me now. I’ve reached a point in my career where I just want to enjoy it.”

Why wouldn’t he be happy getting paid to hit people?

Pic: HUGE Dana White Has Been Packing On Serious Mass

Salvador Sanchez - Jul 30, 2016 0
The UFC is currently in the middle of a new era of drug testing being ushered in. Although USADA has been around for over...

Why is Greg Hardy Being Force Fed to Fight Fans?

Put Down The Guns, Pick Up The Gloves! Backyard Beefs End...

BREAKING: Nate Diaz Leaving The UFC For Another Sport