The Matrix is everywhere…

We all love a good scrap, but some of the most brutal moments come from the world of Muay Thai. ‘The art of eight limbs’ provides serious entertainment but also some harrowing finishes and injuries.

Compared to even MMA, Muay Thai is up there with the most dangerous sports on the planet. Also much like MMA, Muay Thai has evolved a lot over the years.

As offensive techniques have changed, so have defensive tactics. One particular move that’s getting a lot of attention is blowing people’s minds. Rafael Fiziev fought on January 27 in Thailand, and his crazy video is going viral.

Fiziev fought for the 154-pound tournament title against Sorgraw Petchyindee. The Toyota Marathon in Phitsanulok played host to the fight, and the moment captured on film was very memorable indeed.

Phuket Top Team’s Rafael Fiziev unfortunately lost after his amazing defensive display. Even so, he made a great impression with his Neo impersonation. Managing to bend himself to a 45-degree angle in order to avoid that head kick was very skillful.

Also competing in MMA, Rafael Fiziev made his debut in 2015. Winning by flying knee, it seems this guy can do it all. Take a look at Fiziev’s second MMA fight, which took place in 2016: 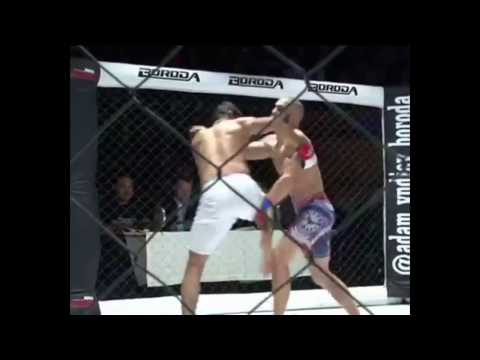 Darren - Jan 19, 2019 0
Donald Cerrone v Conor McGregor Could be a Reality After 'The Notorious' Tweeted His Admiration And Respect For 'Cowboy' After a Violent Win in...

Who are Ireland’s biggest sports stars?