The man everyone is talking about, but for the wrong reasons…

After UFC 207, polarising coach Edmond Tarverdyan has been taking a world of grief. Although Ronda Rousey’s stunning loss was mocked in the form of countless memes, it appears Edmond is shouldering the blame.

Has Tarverdyan been taking us all for a ride? In reality, ‘Rowdy’s’ dominance cannot be denied during her streak. Obviously the UFC was going to hype their biggest draw, subsequently they may have added to the distance of her downfall.

Compared to her shocking loss to Holly Holm at UFC 193, reports are that ‘Rowdy’ isn’t as distraught. After being KO’d by Holm in Australia, Rousey admitted she fell in to a deep depression.

This time around, according to her Mom, she’s a lot calmer. Amanda Nunes’ brutal KO seems to have done more damage to Edmond Tarverdyan’s reputation than Rousey’s, though.

From accusations of lying about his won credentials, to falsely giving Rousey confidence, Edmond has been blasted lately. Should the MMA world really be blaming Ronda Rousey’s coach?

After she went on to become the most dominant female MMA fighter to date, Rousey’s fighting future is in question. All that’s left now is hindsight and video footage. One particular clip might be of interest, and features none other than good old coach Eddie.

Check out Edmond’s furious reaction to Rousey being knocked out at UFC 207. Skip to 1:00 for the moment captured on film: 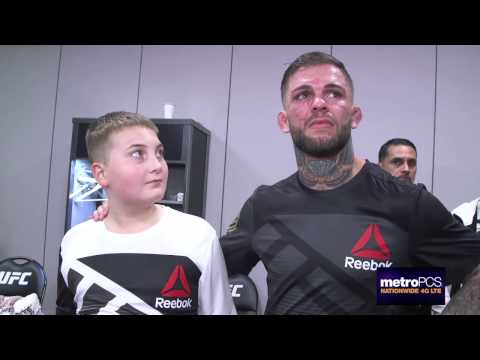 We are all now left wondering how far Rousey could have gone under a ‘real’ coach. Jason Parillo, Team Alpha Male and many other gyms have offered to replace Tarverdyan. With so many roots in Glendale, including her boyfriend Travis Browne, the potential is that Rousey will never leave.

That’s if she even plans on fighting again.

Salvador Sanchez - Sep 25, 2017 0
UFC president Dana White opens up on the fight everybody wants to see. Can the baldfather be trusted on these kinds of rumors? Taking place...