This is some scary stuff…

Fighter safety is always paramount when contests are concerned. Facing the inherent risks of unarmed combat is a reality that all athletes are aware of. Unfortunately, some fighters slip through the cracks.

It’s not just in the amateur or smaller promotions this happens. Even in mainstream organisations there are examples of fighters suffering serious injury or even sometimes death. It’s not always to do with the actual fight either.

One particular moment that stands out was Dada 5000’s collapse in the cage against Kimbo Slice. What was first regarded as Dhafir Harris (real name) just being exhausted turned out to be far more serious. In fact, Dada’s fate was close to death.

Suffering a heart attack in the ring, and later nearly dying in hospital, Dada 5000 was lucky to survive. How did he get through the Bellator medicals? Who know. Unfortunately his opponent Kimbo later died due to complications with pneumonia.

On to today’s video, and it’s a scary one.

Watch The Scary Video Below

Taking place in November, XFC Australia 28 put on a solid show. Featuring a host of local talent from down under, there was one particular moment that had fans seriously worried. Michael McDaniel, now 0-5 as a professional, collapsed during his fight.

Fighting on the main card, McDaniel and his opponent James Vake put on an exciting bout. Unfortunately for McDaniel, he suffered some sort of blackout midway through the round. The commentators went silent, and the crowd just didn’t know how to respond.

Watch the video on the Instagram/Youtube player below: 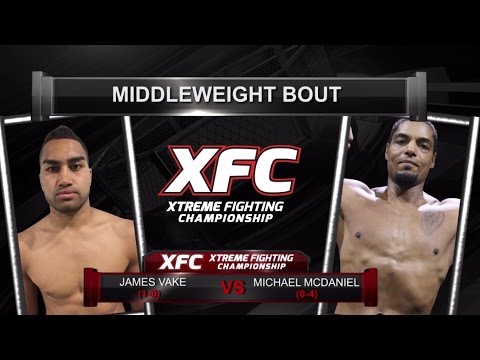 According to XFC Australia, McDaniel is fine and healthy now. They suggest he blacked out after standing up too fast following the choke/armbar attempt.

Salvador Sanchez - Aug 24, 2016 0
Conor McGregor and Nate Diaz went to war at UFC 202. The main event rematch had all the makings of a classic before it...