Possibly the Worst Cut Ever Seen at an MMA Event Happened at Cage Warriors on Saturday Night. You Have Been Warned…

There’s something about a fighter getting injured that draws a morbid fascination. We’ve all seen continuous replays of Anderson Silva’s leg getting broken and Mark Hominick’s alien head after fighting Jose Aldo. It’s part and parcel of the sport.

Cuts are another common injury in MMA. Gloves, Elbows, and knees slice across the skin and open up nasty wounds. Foreheads are very susceptible because the layer of skin is so shallow and stretched. On Saturday night at Cage Warriors 93 in Gothenburg, we got to see one of the worst ever.

British MMA fighter Jack Mason was the unfortunate victim. He suffered a very painful gash above his eye. There’s footage below of the doctor examining it. Be warned: if you’re squeamish, you might want to look away now.

Warning this is up there with some of the worst cuts iv seen in mma my friend @JackStoneMason tonight @CageWarriors 🤢🤕 #CW93 #MMA pic.twitter.com/Xk1LW2DxrD

The footage comes courtesy of Mason’s fellow MMA fighter John Maguire. The doctor is seen examining the cut, as he points out the visible skull and nerves which were fortunate not to be damaged. In a funny moment, Maguire can be heard saying:

“You’re going to love this picture.”

Needless to say, Mason didn’t seem impressed. The UK based fighter is the head MMA coach at BKK Fighters. The injury was inflicted by Haakon Foss who drove a brutal knee into Mason’s head, winning the fight. Footage of this beautiful moment of violence can be seen below, courtesy of Cage Warriors.

Mason was able to see the funny side of his first round defeat. To make matters worse for the Brit, it was his third defeat in succession. He’ll definitely need surgery after this harrowing injury and might need to think about finding a new way to pay his bills.

Ironically – or hilariously – his nickname is ‘Stone’. He might want to think about changing that as well. In all seriousness, credit to him for stepping into the ring. It’s not something everyone can do. 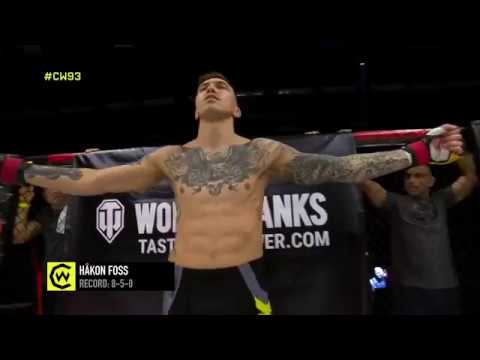 It was a big night for Cage Warriors in Gothenburg. Former UFC fighter Nicholas Dalby lost to Carlo Pedersoli. Soren Bak took a massive win and called out Liverpool star Paddy Pimblett. Cage Warriors is one of the biggest promotions in Europe. It’s most famous for being Conor McGregor’s home where he was a double champion before joining the UFC.

The results from the full night’s action can be seen below: