The trilogy fight that nobody expected (or wanted) is finally set to go down. After knocking Tito Ortiz out in 2004 and 2006, Chuck Liddell is set to take on The Huntington Beach Bad Boy on November 24, in the main event of Goldenboy 1 – the first event to be held by Oscar De La Hoya’s new MMA promotion.

Liddell is 48 – and will turn 49 in December – while Ortiz is a comparatively sprightly 43. ‘The Iceman’ hasn’t fought since 2012 and was knocked out in 5 of his last 7 fights. That’s going to be tough to come back from. Meanwhile, Ortiz has fought much more recently, beating Chael Sonnen under the Bellator banner last year.

Needless to say, Ortiz is the betting favourite. Younger and much more recently active, it’s obvious why this is the case. Footage from Liddell’s training footage hasn’t helped either. Watch the most recent video of him striking pads and see Ortiz’s incredulous reaction. 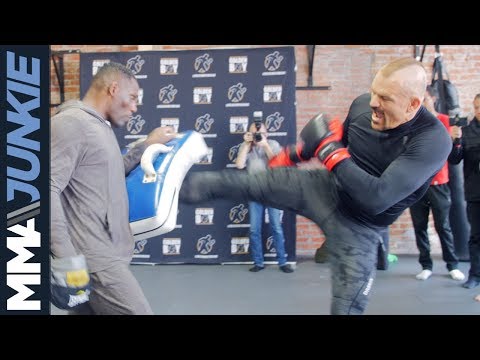 It’s clear that Liddell is not the fighter that he once was. The big question is who is going to gas out first. By the looks of things, it could be ‘The Iceman’. He’s got it all to prove that he still has something to offer in the cage. In the footage above (courtesy of MMAJunkie) he starts off relatively sharply, but it fizzles out towards the end. Ortiz is in the hall watching and reacts with a bit of trash talk:

“That was only thirty seconds. You can’t be tired that quick! That shit was like junk! Junk junk. Wow, I guess you are getting old.”

Ok, it’s a bit corny, but you can bet that Liddell was annoyed by it. What is ‘The Iceman’ trying to prove by making this comeback? 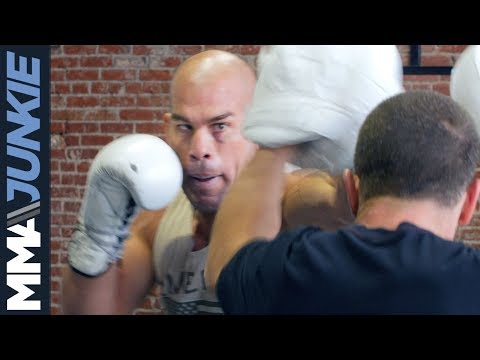 We know both of these men have superb technique. However, that is not the issue. It’s about whether or not they have the cardio and physical capability to keep going as they get deeper into their forties. Father Time is a fickle friend, and this could decide the winner when they finally face off.

Obviously, money has to be a massive incentive for both men here, because it’s difficult to see what else they gain from this contest. Liddell is a former UFC light-heavyweight champion. He’s reached the zenith of the sport. Meanwhile, Ortiz isn’t going to win plaudits for beating ‘The Iceman’ when he’s pushing fifty.

Twitter Reacts to the New UFC Belt… And it’s Brutal

Darren - Jan 18, 2019 0
The UFC Has Finally Released Images of it's New 'Legacy Championship' Belt... This Isn't the First Time the Promotion Has Refreshed Their Title... But...