Everybody Loves When a Fight Ends With a Proper Finish – Either a Submission or a KO – But Some Are More Special Than Others… What’s More Dramatic Than a Finish in the Final Minute of the Fight? Check Out Some of the Best in UFC History Below…

It’s very difficult to get a last-minute knockout in MMA because by that stage there’s usually one fighter in control. Even if a fighter knows they have to finish the fight to win, its still a thankless task because their opponent will know that too and will do their best to control the action.

That makes for scenes of drama and chaos when such a scenario does unfold. Is there anything more exciting in MMA than the last minute KO or submission – especially if it’s totally unexpected?

Check out some of the very best in UFC history below, in a blast from the past. 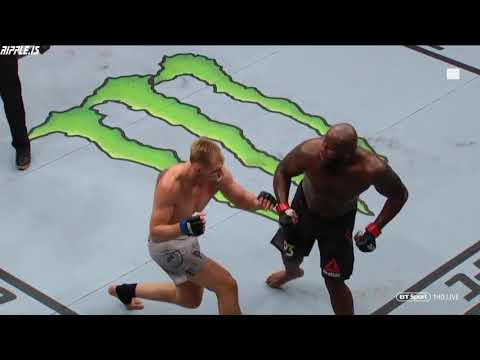 Lewis is one of the most beloved fighters on this list. The giant brawler is probably never going to win a UFC title now, but he’s still capable of knocking out anybody on his day. Alexander Volkov found out the hard way last year when he was put to sleep in the final ten seconds of the final round… after totally dominating the fight.

‘The Black Beast’ was struggling with a back injury but still had devastating power ready to unleash. All it took was one and the rising Russian contender ended up in the shadow realm in a remarkable comeback.

Many – including Joe Rogan – believe that Johnson is the most technically gifted fighter in the history of MMA. It’s bizarre how DJ didn’t become a bigger star during his historic reign in the UFC. He always pressed forward and was capable of knocking out or submitting his opponent at any time.

Current RIZIN champion Kyoji Horiguchi found this out the hard way when he was submitted with literally one second left on the clock when they met back in 2015. Check out the crazy armbar above.

Thiago Alves is a name still familiar to fight fans. The 35-year-old Brazilian is still active and coaches at American Top Team in Florida. While he’s out of welterweight contention there was a time that he was a rising star. However, Danish fighter Martin Kampmann punctured his dreams with a crazy last minute finish back in 2012, in a Sydney, Australia main event.

Kampmann was actually way behind in the fight but was able to snatch victory from the jaws of defeat with a wicked guillotine in the final minute. Unfortunately for the Dane he would go on to lose his next two fights and would never get back into title contention.

A name that might not be familiar to younger fans, but a beloved action fighter back in the day, Carter earned his place on this list with a glorious knockout over Matt Serra with one of the most creative KOs ever.

He let loose with this crazy high kick, spinning back-fist combination to finish the man who would become the welterweight champion. To add to Carter’s glory, this KO happened with just 10 seconds left on the clock. Absolute scenes.

That was the most insane finish to a fight I've ever seen. Fantastic fight between Yair Rodriguez and Chan Sung Jung finishes in the last second with an elbow KO out of nowhere. KO came at 4:59 of the fifth and final round. #UFCDenver pic.twitter.com/aoYhPyCVJO

This was absolutely phenomenal. The Mexican striker took on South Korea’s Chan Sung Jung in a featherweight clash for the ages. In a close run fight, neither man would have wanted this to go to the judge’s scorecards. Rodriguez made sure that it didn’t.

With literally one second left on the clock, he produced this ridiculous elbow to finish ‘The Korean Zombie.’ It was insane and is possibly the greatest KO in UFC history. 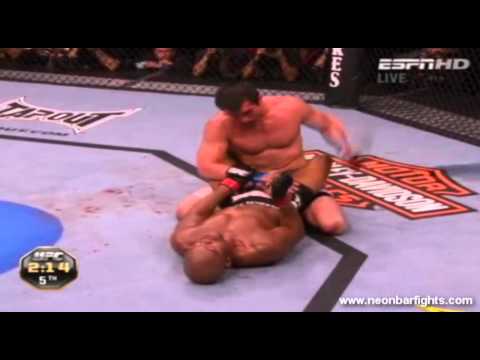 Oh, how different things could have been for Chael Sonnen if he hadn’t of got complacent in Brazil. The American was in control of this fight, surely on top on the judge’s scorecards, when suddenly he let down his guard in the last round

That was all it took for Anderson Silva to slip in and sink in a triangle. It was totally out of nowhere. Sonnen had been on top – literally – for 22.57 minutes of this one, with his wrestling game putting Silva in big trouble. In the end, it was the ground game that would ironically beat him in one of the most iconic UFC finishes of all time. While it’s not literally last minute, it’s close enough to end up on this list.

John - Jan 17, 2021 0
The first UFC event for the year was headlined by Max Holloway against Calvin Kattar. Holloway is coming off a back-to-back decision loss against...