Footage of Conor McGregor’s Phone Smashing Incident Has Swept Across the Internet After it Was Sold to TMZ… Because of Course, it Was…

Conor McGregor must surely be fuming because he definitely got played. Ahmed Abdirzak is having a great time talking to all the tabloid media in the world about the ‘scarring incident’ in which the Irishman took his cellphone from his hand and proceeded to smash it. Allegedly.

Abdirzak is so mentally scarred by this life-changing alleged attack, that he’s been forced to talk to the likes of TMZ and the Daily Mail and shed light on the emotional turmoil he is suffering since the alleged incident, that saw McGregor arrested by Miami police on Monday night.

Now, footage of the alleged incident is going viral, after TMZ released a brief clip showing McGregor going to town with his foot on the ‘$1000’ phone. Enjoy the video below. 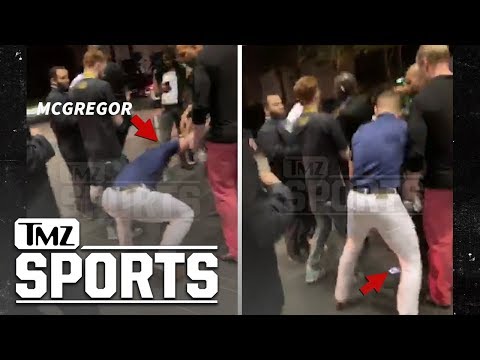 McGregor was charged with criminal mischief and strongarmed robbery following the alleged incident which took place outside of the Fontainebleau Hotel in Miami. Abdirzak is now going as far as saying ‘The Notorious’ assaulted him. The British man told the Daily Mail:

“He did assault me. He gave me his hand for me to shake, I have that on camera, I’ve got my phone out, I’m recording me shaking Conor McGregor’s hand.

“He pulls me in with his hand and with his right-hand slaps my hand with the phone. Like proper power. Full power. Slap my wrist. The phone falls to the floor. His security push me out.” 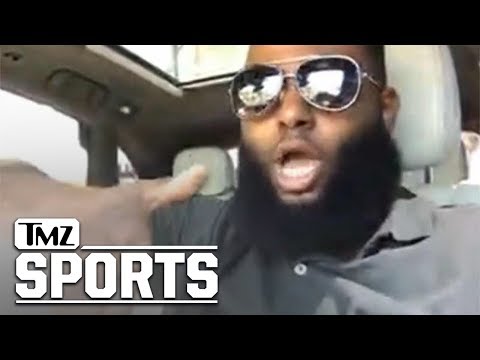 McGregor was released by Miami Police after paying a $12,500 bond. He is set to return on April 10 in relation to the alleged event. The ironic thing is that only last week he completed the conditions of his plea agreement for the Brooklyn bus attack. He must like the taste of prison food.

A second video is believed to be lined up for release in the near future. We’ll have it as soon as it’s out.

MBPD has arrested and charged Conor McGregor, DOB: 7/14/88, with Strong Arm Robbery and Criminal Mischief, both felonies. Please see arrest report and booking photo below. No additional information will be provided. pic.twitter.com/9HdkRWPnd8

Former UFC middleweight champion and current analyst and occasional commentator Michael Bisping came out in defence of the Irishman. He made it clear that he is not impressed by some random guy trying to take advantage of a rich superstar like McGregor – if that is indeed what happened.

“Look at Kanye West outside LAX. Kanye West grabbed someone’s camera and smashed it up,” Bisping said on his Believe You Me podcast. “He never got arrested, though. So this guy’s – I’ll just say this guy’s a bit of a f—king dick, to press charges.”

“He’s a very, very recognizable famous person. And by the way, I’m not jumping to his defense, (I’m) just being real. He has to deal with this shit on a daily basis, it must drive him up the f—king wall,” said Bisping. “And who knows? I read in the article that it was 5am in the morning. You’re coming in, you’re a bit pissed. You don’t want a picture of you looking a bit drunk at 5am all over the place. You’re like ‘No, buddy, I’m sorry. I’d appreciate it if we didn’t do a picture.”

What is next for Charles Oliveira? Calls out winner of McGregor...

John - Dec 13, 2020 0
With the UFC 256 in the books, Charles Oliveira put on a dominating performance against Tony Ferguson. Oliveira controlled Ferguson like no other fighter...

How to find an online casino and not to make a...