Things quickly descended in to chaos at the UFC 202 press conference in Las Vegas. Conor McGregor firstly showed up late and UFC president Dana White was clearly unhappy about it.

Then Nate Diaz’s crew, including older brother Nick, stormed the scene. All of a sudden bottles were being thrown and madness ensued. Listen for Dana White telling McGregor off for throwing Glover Teixeira’s bottle in to the crowd.

Skip to the 16-minute mark for the start of the brawl. 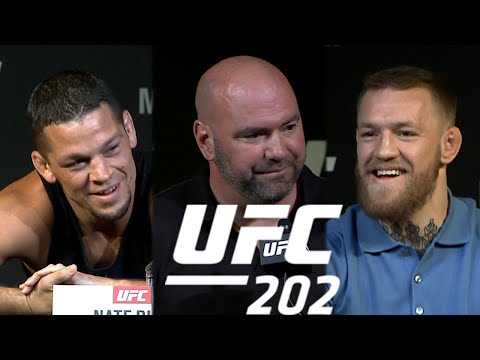 Then the presser stream ended. What a crazy moment, but was it a fix? Take note the new owners have a background in Hollywood film.

The Top 10 Most Embarrassing Losses In MMA History

Team McGregor Reveals Why they Want to Fight ‘Cowboy’ Cerrone

Five Reasons Steroid Leagues in MMA Could Be Awesome