If Henry Cejudo is Willing to Make the Trip to Thailand, Weili Zhang Will Have No Problem Fighting ‘The Messenger’ for the Intergender Title…

Weili Zhang is set to become a superstar in her native China after beating Jessica Andrade to become the UFC strawweight champion of the world. The entire corporation breathed a sigh of relief now that they finally have a Chinese champion, who won the belt on merit.

Zhang possesses a rare blend of power, ferocity, speed and skill. With her superb Muay Thai skills and brilliant takedown defence, she’s currently riding an incredible 20 fight unbeaten streak. The only blemish on her record comes from a loss on her professional debut. Her victory over Andrade was her most impressive yet, as she got the job done in less than 45 seconds.

Now the UFC will be very careful about choosing her next opponent. One name that’s on everybody’s lips right now is Henry Cejudo, who came up with the crazy idea of an intergender title. Would Weili be ready to take on Cejudo? You bet… but on one condition. 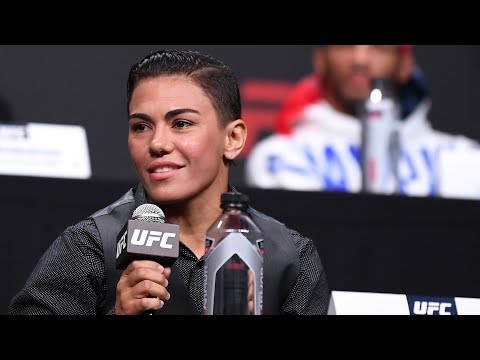 At the post-fight conference, Zhang was asked whether or not she’d fight Henry Cejudo. Of course, this is never going to happen and it’s all just a bit of fun, but she was quick to answer in the affirmative. The Chinese fighter answered with her trademark humour that is quickly making her a fan-favourite for Western MMA fans too, despite her limited English.

“Yes, he can fight with me.” Zhang said. “But first, he need to go to Thailand and become, well get a sex change. Then, I will welcome him or her to the female division.”

Only time will tell whether or not ‘Triple C’ is willing to commit to his word and do what it takes to become the undisputed best fighter on the planet, regardless of gender.

Oh so you’re a comedian now too, Weili? Well just let me know when you are ready for some real competition and you too can bend the knee to Triple C! #intergenderchamp https://t.co/1ckqw54Yug

Typically, Cejudo was quick to respond. He took mock umbrage at Zhang’s words and targeted her on social media. The flyweight and bantamweight champion has already gone after Amanda Nunes and Valentina Shevchenko. Now Zhang can add herself to that ignoble list. He wrote:

“Oh so you’re a comedian now too, Weili? Well just let me know when you are ready for some real competition and you too can bend the knee to Triple C! #intergenderchamp.”

As an ordinary dude writing this, I can tell you right now that I’d sooner take one punch from Cejudo and have my lights turned off quickly than eat the barrage of knees and hellbows that Zhang unleashed on barrage. 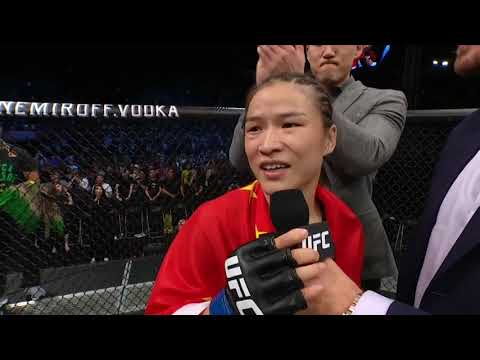 Realistically, the UFC is going to have to be careful about how they handle Zhang. Realistically, she’s going to have to fight either Tatiana Suarez or the winner of Joanna Jedzrejczyk v Michelle Waterson. One of the last two names is more likely at this point, with a fight against ‘The Karate Hottie’ probably the one that Zhang would like the most.

Suarez might be the most deserving on paper, but the UFC might want to make her fight one more time to truly earn her title shot after a mixed performance against Nina Ansaroff. Plus it would be smart not to hand your new and extremely marketable champion to a wrestler nicknamed ‘the female Khabib.

John - Jan 1, 2021 0
With the super dominant win against Callum Smith, Saul Canelo Alvarez has now vacated his WBA Middleweight belt, and will now be fighting as...

Jon Jones Called Out By Spectator At Naga, Puts On A...

Joe Rogan Has Outrageous Opinions On Mayweather vs. McGregor

Michael Chandler is in no hurry as per Dana White