The Gypsy King, Tyson Fury is set to make his first-ever WBC title defense this coming October 9th. As for Deontay Wilder, he is trying to get back what was once his. The first fight ended in a controversial draw and the second Fury manage to score a TKO victory.

What makes this fight interesting is that after Fury won the rematch dominantly, Wilder went on to give out a bunch of excuses that it is now becoming a meme. In a post-fight interview, he has said initially that the better man won and no excuses but a few moments later proceeds to give out an excuse.

Some of the excuses are listed below

Some think that it is a joke since Wilder did not blame himself for the loss but just pointed fingers at others. He even changed his long-time coach, Mark Breland.

Both fighters have new coaches

As mentioned above, Wilder removed Breland from his corner and added Malik Scott. For Fury, he still has SugarHill as his head coach but in the rematch, they only worked just for just a few months. It will be interesting how much Fury has adjusted to the Kronk system had he been given a longer time to train.

Tyson Fury will obviously come in as the favorite and will be expected to dominate Wilder but don’t count the Bronze Bomber out. Even Fury has said that he is not underestimating a hungry Wilder and he still considers Wilder as the fiercest punch and it only takes one punch to change the landscape of the fight. Wilder had already knocked Fury down twice in the first match.

It is actually surprising that both fighters weighed in at the heaviest of their whole career. In the second fight, Wilder weighed in 231 lbs while Fury was 273 lbs. In their trilogy, Fury weighed in at 277 lbs. while Wilder weighed in at 238 lbs. Obviously, weight advantage is a factor in boxing but it can also diminish one’s speed and endurance. Did the fighters make the right decision of bulking up? 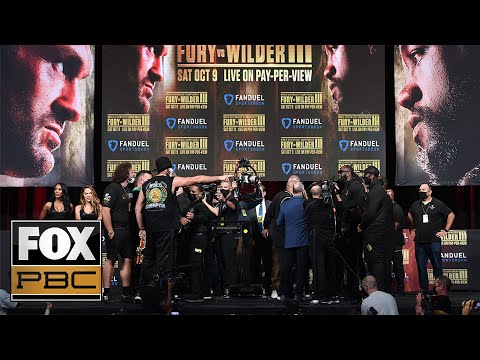 In order for one to watch the PPV, you need to get fight via Fox Sports or ESPN+. The fight is expected to happen at 9 PM ET.

Salvador Sanchez - May 22, 2017 0
Uh oh...It looks like Cris Cyborg may be in trouble over this video... Former Strikeforce and current Invicta FC featherweight champion Cris Cyborg is a...

Conor McGregor Allowed To Use One MMA Move Against Floyd Mayweather