Israel Adesanya also known as “The Last Stylebender” is the current UFC Middleweight Champion. He was born in Nigeria but his family later moved to New Zealand. The team he represents right now is City Kickboxing located in Auckland, New Zealand under his head coach Eugene Bareman.

He got his nickname “The Last Stylebender” from his love for anime especially Naruto and Avatar where he mentions it in most of his interviews even went on to call himself a “weeb”.

Prior to his UFC run, Adesanya was a kickboxing champion, he finished a record of 75-5. He was a kickboxing champion across three divisions, Middleweight, Cruiserweight, and Heavyweight. Adesanya was a gifted striker even before, there was even a moment where he did not take a break in-between rounds and went on to KO his opponent the very next round. 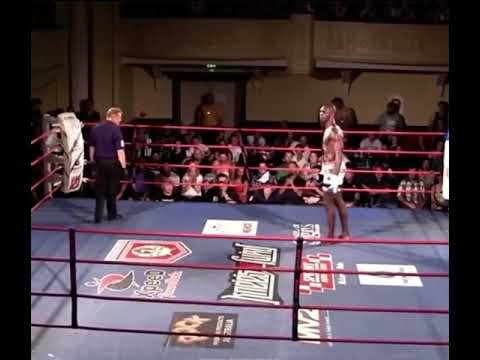 So you could say that Adesanya was already a showman even before his UFC debut. Adesanya went on to lose his last kickboxing fight before switching to MMA. It was the only time that Adesanya suffered a KO loss, and it was against Alex Pereira who is also about to make his UFC debut at UFC 268.

Adesanya is a tall middleweight, standing at 6 ft 4 in. and is currently competing at the 185 lbs division. His current MMA record is 21-1.

When Adesanya made his UFC debut, you could already see that his striking was world-class. His angles and footwork are some of the best but many thought that he was just hype and if he faces a good wrestler he will eventually lose. Basically, fighters called him one-dimensional.

He then faced Marvin Vettori who had great grappling and a mean left hand. Adesanya did not perform as well as expected but he still managed to edge out a split decision win. It may have lowered his stocks a bit but Adesanya was still new to MMA and was focused on getting better.

The UFC booked Adesanya to headline the Ultimate Fighter against Brad Tavares, many critics thought that it would be Adesanya’s first test against a veteran like Tavares. It ended up one of the most one-sided beatings Adesanya gave, he was just superior in every department that Tavares had no answer to, Adesanya went on to win via unanimous decision.

The hype went back up, Adesanya then faced one of the best wrestlers in the division, Derek Brunson. It was the first fight that Adesanya was on a PPV main card, and it was on UFC 230. Adesanya passed with flying colors as Brunson couldn’t take him down. It was a matter of time that Adesanya timed a knee that led to finishing Brunson.

Anderson Silva was then announced as his next opponent, UFC promised Adesanya a title shot if he beats Silva. Fans saw the fight as the passing of the torch, the fight was like the movie matrix, two striking specialists playing a chess match. Adesanya ended up winning via unanimous decision. It was also a three-round main-event since they were originally scheduled as the co-main event for the Whittaker vs Gastelum fight.

Kelvin Gastelum vs Israel Adesanya for the Interim

After Whittaker was forced to recover from his injuries, the UFC booked an interim title fight for Adesanya and Gastelum. It was booked as the co-main event for UFC 236. It was a double interim title PPV card.

The fight exceeded expectations, it even went on to become the Fight of the Year. The fight had everything, it was the hardest fight that Adesanya went through.

It was a close fight up until the fourth round. Both fighters had 2-2 coming to the fifth and final round. What was interesting was the judges all had the same score, every round was decisive but at the fifth round, Adesanya showed his championship heart and even went on to say that he is ready to die. In the fifth round, both competitors were exhausted but Adesanya was the one that dominated. He knocked down Gastelum a few times and almost secured submission. It was a glimpse of how good his grappling was. Many could argue that the fight should have been stopped in the last seconds of the fight, but the referee decided to let the fight go on.

Robert Whittaker vs Israel Adesanya for the Unification

Adesanya became the interim middleweight champion and his next fight should be for the undisputed against Robert Whittaker. The event was booked in New Zealand, and it was an ideal choice. Whittaker was born in New Zealand but represents Australia and Adesanya was representing and training in NZ.

The entrance was also unique, Adesanya performed a dance show before the fight. Many thought that if he loses it would be embarrassing but it just proved how confident Adesanya really is. 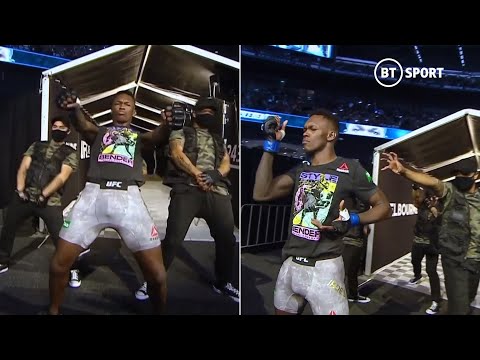 The fight may have proved that Adesanya would be a dominant champion and is likely the biggest win in Adesanya’s UFC career. It was also Whittaker’s first loss at middleweight.

His next fight was supposed to be against undefeated fighter, Paulo Costa but the timeline did not work for Costa as he suffered an injury. Yoel Romero stepped in even though he was coming off two straight losses.

The fight was lackluster, both were waiting for each other to strike and it takes two to tango. Although Adesanya edged out a decision win, the leg kicks gave him the win. Adesanya was labeled the boring champion by Costa, but it was the fight to make next.

There were a lot of tensions in the build-up against Costa, two undefeated fighters fighting for the title.

Even though both were undefeated during that time, the fight was pretty much one-sided. Costa couldn’t close the distance against a longer Adesanya and Costa does not possess an explosive style. Once Costa decided to get aggressive, it was at that moment Adesanya landed the same counter he executed against Whittaker that led to another finish.

On that same PPV card, Jan Blachowicz also won the vacant light-heavyweight champion, and coincidentally, both were to fight next. Adesanya’s goal was to become a two-division champion but he fell short. The weight advantage might have been too much and Blachowicz won a comfortable decision win.

After suffering his first MMA loss, it would make sense to move back down and defend his own belt. Adesanya was booked for a rematch against Vettori, the only opponent that he won via split decision.

In the fight, Adesanya showed that his grappling improved tremendously. He out grappled, outstruck Vettori in all five rounds. Adesanya just proved once more that he is still the best middleweight.

Adesanya currently has no fight scheduled but a Whittaker match is expected next. Early 2022 is the targeted timeline.

Eddie Alvarez Claims Nate Diaz Backed Down & Was Saved by...

Salvador Sanchez - Jan 30, 2018 0
UFC lightweight Eddie Alvarez is gunning hard for a fight against Nate Diaz. The bad boy from the 209 has been absent for some...