He’s one of the most devastating active fighters in combat sports today. Dave Leduc is the equivalent of Conor McGregor in Myanmar (formerly Burma). Chances are you’ve never heard of him, but if you have, you’ll know that the Canadian has been bringing some serious international attention to the violent sport that is Lethwei.

Move over Bare Knuckle FC – you guys have nothing on this. Lethwei, also known as Burmese Bare-knuckle boxing, is one of the violent combat systems on the planet. Obviously, no gloves are legal and not only are kick legal – but so are headbutts. The only way to win is by knockout. Otherwise, after five rounds, it’s considered a draw.

Seriously, get Youtubing if you haven’t come across it. It’s absolutely savage. Leduc, in particular, has been getting a lot of hype because he’s a whirlwind of destruction in the ring. Combined with his personality, he’s caused even more chaos after targeting Muay Thai legend Buakaw who was visiting Leduc’s adopted home city of Yangon.

Buakaw is Muay Thai royalty. The 36-year old Thai fighter has fought almost 280 times throughout his career. He’s a two-time K1 World MAX Champion, as well as seemingly having infinite other prizes in his cabinet. The MMA world might not want to you to watch other combat sports systems, but both Buakaw and Leduc are excellent value.

Anyway, Leduc seems to have taken issue with Buakaw showing up in his town uninvited. He warned the Thai fighter that if he comes to Yangon he’s going to have to fight – and it’s going to be under Lethwei rules. He said:

“He wouldn’t last 3 rounds in the Lethwei ring with me. This is not kickboxing Buakaw. It is the art of 9 limbs. Let’s give the fighting world a favor before we both retire let’s meet in the Lethwei ring. If you manage to do a draw, I’ll do that pillow fight with you in Muaythai, but first the real deal.” 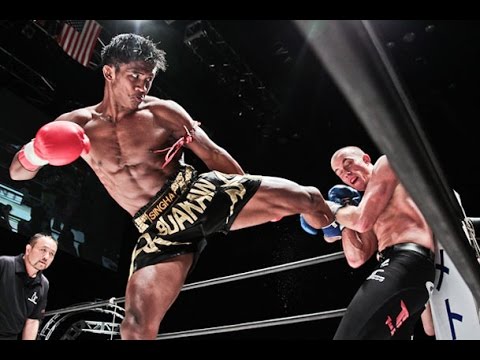 He also issued a lengthy statement on Facebook, that basically hyped up the sport of Lethwei – if ‘sport’ is even the right word for such a violent system. The UFC should pray it never becomes mainstream because folks this is the real thing. Leduc wrote:

“In Lethwei, you don’t need a lot of volume to draw blood just one jab at the right place and then the headbutts and elbows follow. He can’t hide behind pillow 8oz gloves. It’s the real deal, stand and bang, Lethwei is the most effective striking sport in the world. I don’t give a s–t about doing fighting with scoring systems.

There aren’t point systems in Lethwei and the streets, its all about inflicting maximum damage. People are seeing that Lethwei is exploding around the world, and the city of Letwhei is Yangon, my city. He’s lucky I’m in Dubai right now. Yangon is not Bangkok, there’s a protocol to follow, Lethwei is a sport for real men. I want to show him what respect is. Showing up in my town unannounced…” 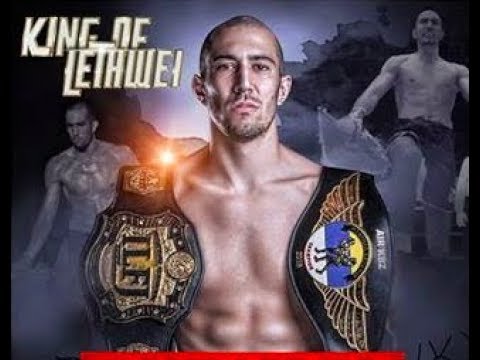 A fight between Buakaw and Leduc would be massive. It’s the sort of event that any true fight fan should get behind. If Logan Small and KSI-Don’t-Care can sell millions of Youtube Pay-Per-Views, then maybe these guys need to think about doing similar.

I’d watch it for sure.