The first rule about Fight Club? Don’t talk about Fight Club. Better yet, don’t put videos about Fight Club on Youtube. BX Fight Club, home of the world’s strangest and most under-qualified fighters. Where anyone can face literally anyone and it will almost certainly entertain.

This isn’t the first time we’ve featured Predator before. He’s been on here, knocking out the young guns. Then again, anyone you put up against this guy is almost guaranteed to be younger. Predator is 50-years old for those just joining us now. It’s no joke. The best part of it is, the guy can bang and usually smokes the younger man.

BX Fight Club is a place where anyone can fight anyone

In a flashback to 2015, Predator is seen taking on another young buck. Like always, Predator does what he does best. And that’s to put the beatdown on whoever is in front of him.

To be completely fair, Predator does have the skills. His form and his stance is good, and he’s not overly aggressive. The patience he has shown indicates he’s well-trained in the art of boxing. Too bad the same can’t be said for his opponents. 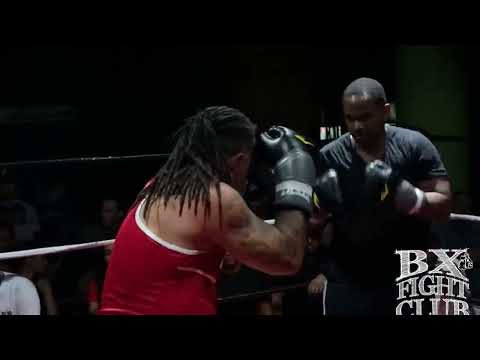 As the two men brawl to the insatiable roars of the crowd, they trade shots at the center of the ring. Each fighter has his moments. And there’s no denying Predator had his fair share of punishment. But with a guy as experienced as he is, it’s just a matter of time before he lands a big one.

The second round picks up more intensely than the first. As action escalates, the two fighters swing wildly for the fences, going for broke and looking for a highlight reel finish. But as the younger man begins to show signs of fading, Predator picks up the intensity.

He goes on the offensive, looking to end the night abruptly, but the younger man survives to the end of the round.

As soon as the fight resumes, the younger man attacks Predator violently looking desperate. But this is where Predator excels, using his patience and composure to wait for openings. Towards the end of the round, Predator goes for a looping right hand that connects and explodes on impact.

Gentleman Jeff - Oct 2, 2016 0
Early betting odds are in for UFC 205, and some of the lines are pretty strange. Mixed martial arts is an interesting sport to bet...

WATCH: Francis Ngannou’s KO Against Overeem Will Haunt Your Dreams