What a year 2019 is turning out to be for the world of combat sports. We’ve had astounding match-ups like Alvarez v GGG 2, Khabib v McGregor and erm… Logan Paul v KSI. Jon Jones has just announced his return, while Tyson Fury is set to take on heavyweight champion Deontay Wilder in a clash of the giants.

Ladies and Gentlemen, the best is yet to come. Last week it was announced that Polish promotion KSW have signed Martyn Ford – a former professional bodybuilder and actor. He’s a huge man and captured the imaginations of fight fans around the world instantly. Well, now there’s been an even more bizarre match-up – this time from China.

Super-Heavyweight Hong Man Choi is set to take on Yi Long –  a welterweight monk, in a freakshow fight straight out of the PRIDE playbook.

Hong Man Choi is a South Korean super-heavyweight fighter, who stands 7 foot tall and weighs about 350 lbs. Currently fighting for ROAD FC, he’s fought a number of high-profile fighters in both MMA and kickboxing. He’s lost to the likes of Mirko Cro-Cop and Fedor Emelianenko in the past, while his most recent MMA appearance was a loss by knockout to King Mo.

However, he had won his two previous fights before then and has competed extensively in kickboxing. Basically, he’s a massive guy who circles around looking for that one punch before he gasses out. He might look terrifying but all that size isn’t fun to carry around. 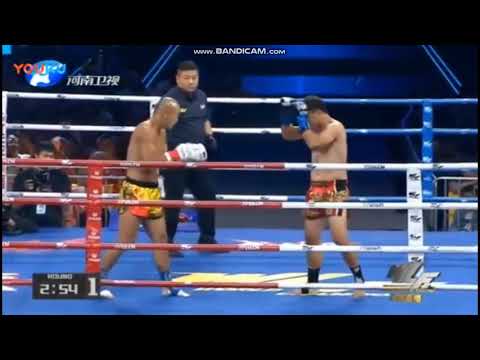 Meanwhile, Yi Long is a Chinese welterweight fighter trained in Shaolin Kung-Fu, Wushu and Sanshou. You can see a video of him competing in the latter above. Sanshou is basically like Muay Thai – minus the knees and elbows. While much less popular than its Thai equivalent, it’s actually very effective for MMA because it focuses a lot on sweeps and takedowns from standing positions. Former UFC fighter Cung Le and current featherweight Zabit Magomedsharipov have backgrounds in the sport.

Long is obviously much smaller than his opponent who he’ll take on under MAS fight rules. There’s only one 9 minute round and the only way to win is by knockout. Basically one of these men is going to go home with some more brain damage. Asian promotions are absolutely insane. 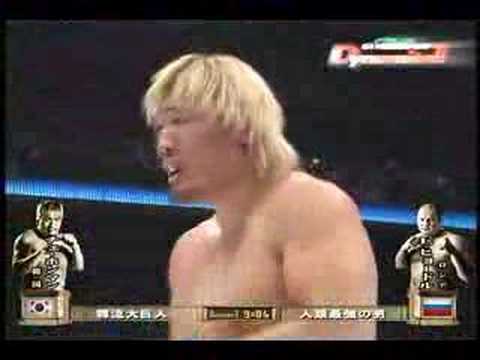 This is the sort of match-up that just would never be cleared by any serious MMA promotion. Just look how big Choi is. In the video above you can see him fighting arguably the greatest heavyweight of all-time, Fedor Emelianenko. Fedor visibly struggles in the early stages as he ends up underneath the giant Korean and takes some brutal damage from ground-and-pound, leaving marks on his face.

How can they seriously put a welterweight against that? Sure he’ll be much faster, but if he catches one stray punch he’s going to the shadow realm. Let’s put Demetrious Johnson against Daniel Cormier next…