‘Ragin’ Al’ and the UFC have always had a tense relationship. The New Yorker received an unlikely title shot at UFC 224 when the company was desperately searching for a last-minute replacement to fight Khabib Nurmagamedov.

Iaquinta got lucky – if you can ever call anyone who fights ‘The Eagle’ that – and stepped in to save the day. Iaquinta has been connected to the creation of a potential fighter’s union, something which does not make Dana White happy at all.

The lightweight fighter weighed in on the on the whole weigh-in debacle. White is adamant that the UFC is going to move back to late afternoon weigh-ins, rather than the early morning ones that have been happening since 2016. Iaquinta, appearing on the MMA Hour, launched an astonishing tirade at White. He really did not hold back at all…

Since 2016, an unprecedented number of fighters have missed weight – many of them in high-profile fights, like Yoel Romero this weekend against Robert Whittaker. There have been calls for harsher penalties for those who don’t do their job properly, but White wants to go back to the old days of evening weigh-ins. Iaquinta responded:

“Even though it’s healthier for the fighters, we’re going to move it back to the nighttime, because he interviewed a million fighters? I haven’t seen one that want it at night. So his sense of reality, you can’t — it’s almost like, you do an interview with him now, it’s not about the truth, it’s about his agenda. So, I’m weighing-in in the morning.”

He’s definitely not impressed. Practically every fighter who has been asked about this wants to keep the current system. It gives them more time to rehydrate and get healthy for the fight the next day. At the end of the day, they know when the weigh-in is, so fighters who miss weight have no excuse.

Iaquinta believes that Dana White is damaging the sport of MMA as a whole. He said that there is no one to keep him on a leash, now that the Fertitta brothers have left the organization. He told Helwani:

That’s a big, big statement. There’s no doubt that the UFC is as much a Dana White Cult of Personality as it is an MMA promotion. He’s arguably more recognizable than 90% of his fighters, and all the expansion shows have him involved: ‘Dana White’s Looking for a Fight’, ‘Dana White’s Contender Series’. 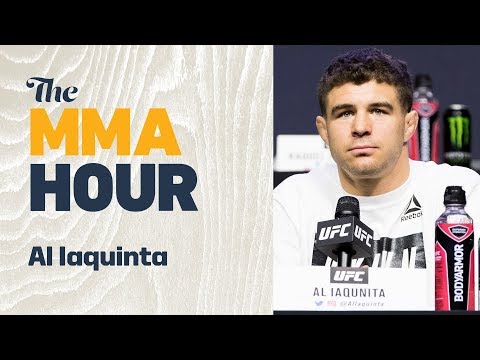 Iaquinta also targeted the way White handled the whole CM Punk/Mike Jackson situation. He said that clearly, Alistair Overeem should have been on that card against the rising Curtis Blaydes instead. Somehow, White is managing to screw everything up. He said:

Could we see some sort of mutiny within the UFC? A massive strike? There’s a long list of fighters that don’t get on with Dana White. Stipe Miocic is one of them. Imagine if Iaquinta got him on his side in the uprising against the great, bald tyrant of the UFC?

Darren - Jul 23, 2019 0
Billed as One of Bellator's Potential Biggest Stars, it's a Massive Moment in Michael 'Venom' Page's Career... Is the Heat Getting to Him in...

Deiveson Figueiredo vs. Brandon Moreno 2: SETTLE it once and for...

5 Popular Life Hacks on How to Combine Study and Sports