Artem Lobov knows exactly who Conor’s next opponent is…

Artem Lobov takes on Andre “Touchy” Fili this weekend at UFC Fight Night 118 in Poland. He spoke to reporters ahead of the bout and, naturally, the conversation turned to his long-time training partner, Conor McGregor.

During the course of the interview, Lobov revealed exactly who he thinks Conor faces next, and he sounds pretty sure of himself too.

There is no shortage of fighters trying to get a fight with the UFC lightweight champ.

Paulie Malignaggi is not giving up on his chance for a big payday. The boxer has been angling for a bout with Conor ever since sparring with him earlier this summer. He has hired the famed boxing manager, Al Haymon, to negotiate with Dana White on his behalf.

“I know Al Haymon’s talking with Dana White, I know they’re speaking so if they want the fight they’ll make it,” Malignaggi told reporters.

The likelihood of Conor returning to the boxing ring while under UFC contract seems slim at this point. Still, Paulie isn’t giving up hope just yet.

Following his bout with Floyd Mayweather, the fight Conor sounded most excited about was the trilogy fight with Nate Diaz. It’s unlikely we see Nate Diaz again unless it is for this fight. Not unless Dana White pays him $20 million for one bout that is.

Earlier this month, rumors spread that negotiations for this bout were underway. Dana White has recently refuted those as untrue, however, though that doesn’t necessarily make that the case.

When Tony Ferguson defeated Kevin Lee at UFC 216 it became clear there is only one fight that can be made next.

Tony Ferguson is the interim champion and Conor McGregor needs to either defend his title against him or simply give it up.

Here is what Artem Lobov had to say on the matter:

“Now that that’s [Mayweather/McGregor] over, well now he’s back to defending his belt,” Lobov said. “In my eyes, of course he’s going to fight Tony. Why wouldn’t he fight Tony? His belt is on the line. Some guy has this fake belt around his waist. Conor wants to just take that away by all means.”

This is the bout which makes sense from a sporting perspective even if it won’t make the most money for the company.

The UFC has gotten a fair amount of backlash in recent years for booking money-fights in lieu of pure sporting competitions. Some fans are rejecting fights involving big-names these days, however, in favor of having the consensus #1 fighters facing each other. The problem is more people are still buying the big money fights on PPV. 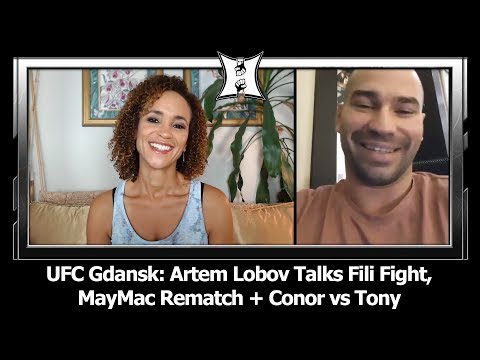 Atilano Diaz - Jul 28, 2017 0
We already knew going into this massive superbout that the promotion leading up to the blockbuster Floyd Mayweather versus Conor McGregor fight was going...